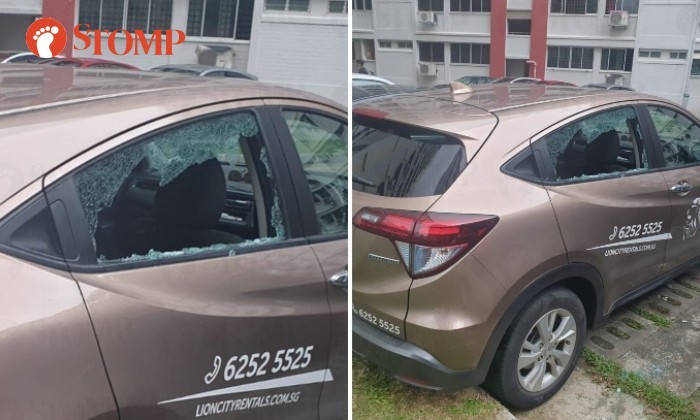 The police are looking into a case of mischief after a car with a smashed window was spotted at a carpark new Block 407 Choa Chu Kang Avenue 3 on Dec 31.

Stomper Lindy, who is a Grab driver, had just dropped off a passenger in the area and parked her car at the same carpark while waiting for more bookings. 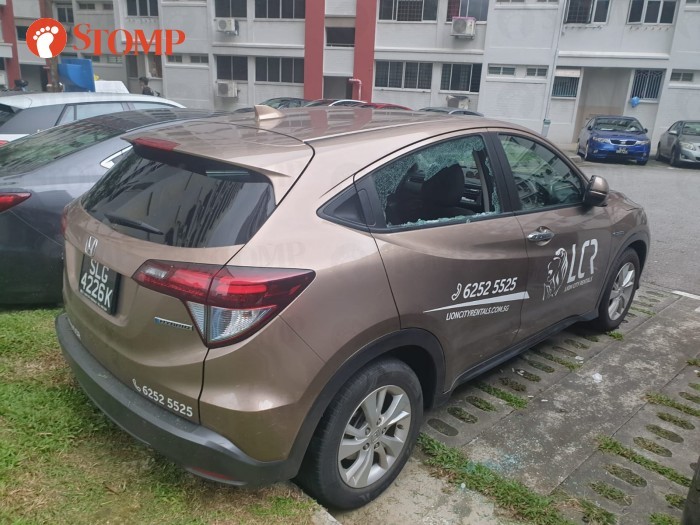 "I got out of my car to smoke, and that's when I saw that the car had its window smashed by someone," Lindy said.

"I didn't actually see anyone smash it but I immediately called the police to report what I saw.

"I feel sorry for the driver as it was a double impact. First, his window got smashed. Second, there was a heavy downpour which caused the car's interior to get flooded.

"I don't know the reason why his car window got smashed but I think it will cost a lot to service the interior."

In response to a Stomp query, the police said they were alerted to the incident at 4.57pm.

The police are looking into the matter.

Related Stories
Man assisting with police investigations after kicking up ruckus at Woodlands shop over alcohol
Man who allegedly set recycling bins on fire at Bukit Batok arrested within 24 hours
Man swings stick around and uses it to 'draw' on car in Yishun, police investigating
More About:
mischief
police
choa chu kang
car