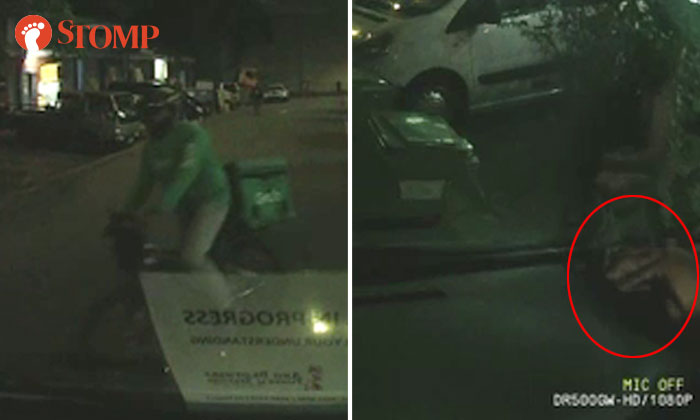 A GrabFood delivery rider was caught on video taking a CashCard from a parked funeral van at Block 4 Toa Payoh Industrial Park on Sep 7 at about 10.30pm.

Stomper Gillian alerted Stomp to the incident and shared footage from a dashcam in the van that belongs to Sin Ming Funeral Parlour.

"The GrabFood delivery rider was circling the carpark before stopping in front of the funeral van," she said.

In the video, he is seen dismounting his bicycle and approaching another van.

He returns to his bike before walking up to the van with the camera.

"He opened the driver's side door and took the CashCard."

The company has since reported the incident to the police.

In response to a Stomp query, the police confirmed a report was lodged and that investigations are ongoing.