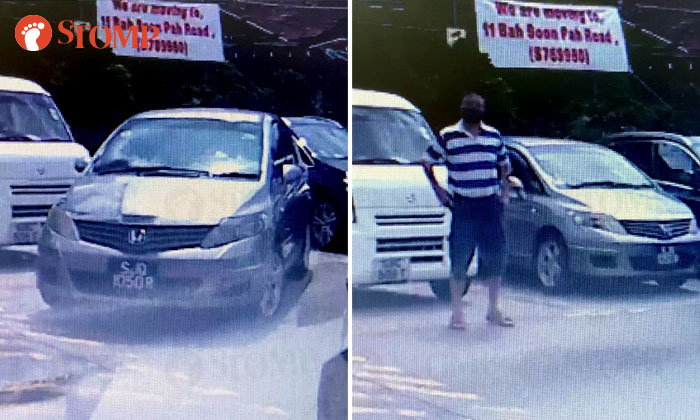 The police are investigating a hit-and-run incident that happened at a carpark at Kovan Hougang Market and Food Centre on July 4 at about 12.20pm.

Stomper William shared with Stomp how his car was damaged as another car was reversing into the lot next to his.

He also shared a video taken from another vehicle's in-car camera showing what happened.

"My car was parked right in front of Long Time Landscape Services at 12.08pm," he said.

"The driver of a Honda Airwave SJQ1050R went against the flow of traffic and attempted to park next to my car.

"He collided and damaged my doors while reversing into the lot.

"After parking, the driver alighted to check the damage and to see if anyone had witnessed the accident before deciding to drive off."

William told Stomp he made a police report on the same day.