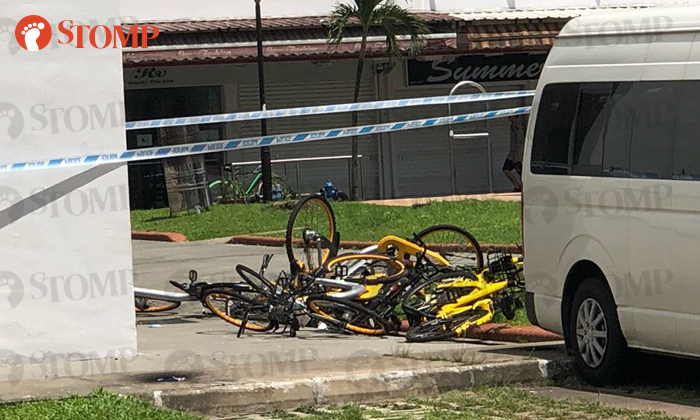 Police are investigating a case of mischief that occurred at Block 37 Circuit Road on Friday afternoon (May 25).

Stomper Nicholas saw police officers responding to the incident at around 1pm and submitted photos to Stomp.

He said: "There were three police cars there."

Pictures that Nicholas took show multiple ofo bicycles in a messy heap at the foot of the block, which police had cordoned off.

Stomp understands that a resident had complained about someone throwing the bicycles down the block and called the police.

However, there was no evidence that the bicycles had been thrown down.

In response to a Stomp query, the police said they were alerted to a case of mischief at Block 37 Circuit Road at 12.59pm.