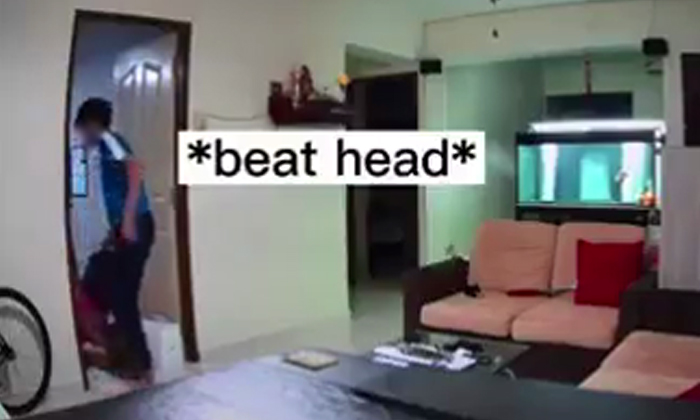 The police are investigating an incident involving a student who was caught on camera repeatedly hitting his mother, they told Stomp in response to queries.

Several Stompers alerted Stomp to a TikTok video of the incident that has been making the rounds on social media.

In the video, a male youth in a blue Geylang Methodist School (Secondary) can be seen speaking to a woman sitting on the floor. The woman addresses herself as 'mummy' throughout the video.

At one point, the youth is seen slapping his mother repeatedly as she exclaims, "No! I'm doing this for you, you must feel appreciate, you know," and tries to swat him away.

She also says, "You come and do yourself, you feel fed up or not?" and "Keep calling me faster, faster, faster," both of which earn her another slap each.

The boy can then be heard saying, "I tell you how many times already," to which his mother replies, "Then how you treat Mummy?"

When contacted by Stomp, the school declined to comment, citing that the matter is currently under police investigations.

However, a screenshot circulating online with the TikTok video shows what appears to be an email from the school principal.

In the screenshot seen by Stomp, the principal said that the school is aware of the matter and is currently looking into it.

"We are in touch with the boy and his parents," added the principal.

"The boy is sorry for what he had done and the school is working with him, his parents and the police to resolve their family issues."