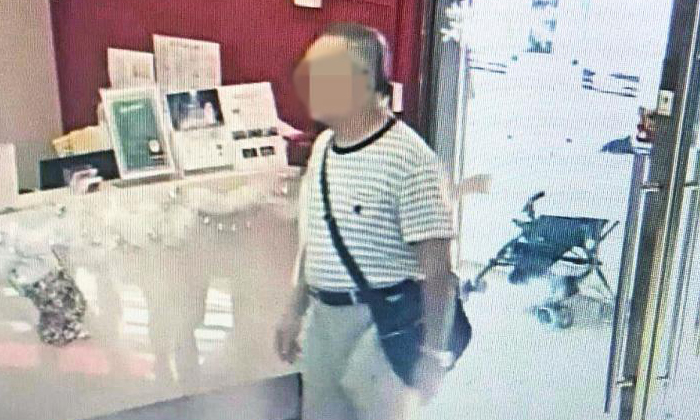 The incident has been found to be a "misunderstanding with no malicious intent".

Read the full update here: Incident of elderly man trying to pick up girl from childcare centre is a 'misunderstanding'

Police are investigating an incident where an unknown man was said to have tried picking up a child from a Maple Bear childcare centre along Havelock Road on Tuesday (Dec 18).

In a post uploaded on the Tiong Bahru Village Facebook page, a netizen who claimed to be a friend of the child's mother alleged that the elderly man had stepped into the childcare centre and asked to pick up the child.

"He gave the school her name (which is a rather unique name), the girl came out, could not recognize him and started crying. He did not manage to pick her up," added the post.

According to the netizen, the child's parents did not recognise the man.

The post, titled "Neighbourhood Watch Announcement", was accompanied by photos of the man in question. It has since been taken down.

Staff declined to comment when Shin Min reporters visited the childcare centre, which also did not respond to queries by press time.

In a statement on Wednesday (Dec 19), the police said they are aware of the online post and added: "The police confirm a report has been lodged and investigations are ongoing.

"The police treat such incidents seriously.

"At the same time, we urge members of the public not to speculate or spread unsubstantiated information which may generate unnecessary public alarm."

Anyone with more information regarding the incident can call the police hotline at 1800-255-0000. Information can also be submitted online via www.police.gov.sg/iwitness or the SGSecure app.