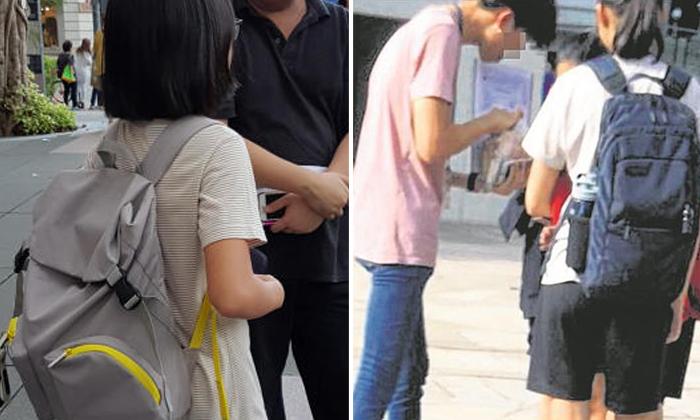 Four men aged between 18 and 24 are being investigated by the police for allegedly collecting donations without a licence.

Reportedly claiming to be from an organisation, they requested for donations and asked members of the public to buy mobile phone accessories.

They also claimed that the donations and proceeds of the sales would go to the underprivileged and ex-convicts, said the police in a news release.

According to Lianhe Wanbao, the men had approached people in a few areas, including near the School of the Arts (Sota) in Dhoby Ghaut, where they reportedly asked students to donate "at least $10".

Wanbao said that the men also took money from students' wallet and followed them to withdraw cash.

A flyer, apparently made by Sota students, warned of the alleged scam and was published by the paper: 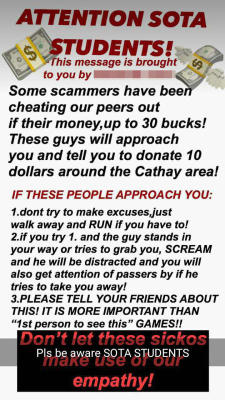 After receiving several reports about these cases between March 2 and March 19, officers from Tanglin Police Division established the suspects' identities through follow-up enquiries.

The men are currently assisting with police investigations.

"Preliminary investigations revealed that the suspects did not have a license to solicit for donations or to collect funds and are believed to be involved in series of similar cases," added the police.

Related Stories
Youths allegedly pester SOTA students for donations, 'escort' them to ATMs to withdraw money
Teens arrested for allegedly pretending to be police officers and aggressively seeking 'donations'
Men claiming to be police officers ask student to donate money -- and even stops his friend from leaving
More About:
police
scam
donate
donations