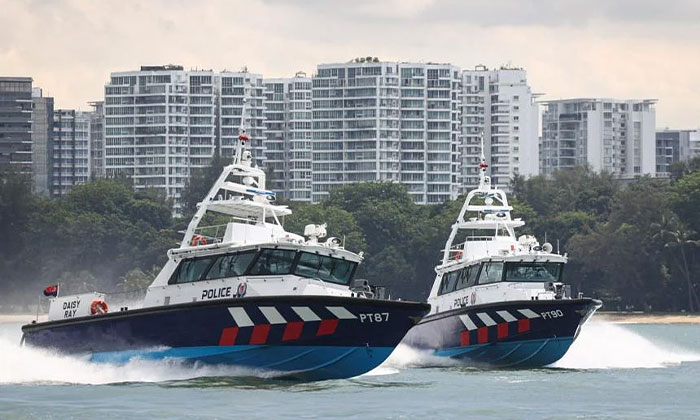 The Police Coast Guard (PCG) has upgraded three types of its patrol boats to strengthen its ability to manage threats in Singapore's waters.

Forty-two new craft, which have been progressively deployed since last year, were commissioned by Minister for Home Affairs K. Shanmugam on Thursday (June 30) at PCG's headquarters in Pulau Brani.

They will replace older models and be part of the patrol fleet that safeguards Singapore's coastline.

Mr Shanmugam said in his speech that the high volume of shipping traffic and porous nature of the maritime environment means Singapore is vulnerable to threats such as terrorist attacks or the smuggling of illegal immigrants and contraband.

He said that, last year, PCG arrested 24 illegal immigrants attempting to enter by sea and prevented more than 5,600 vessel intrusions into Singapore's waters. This is an average of more than 15 intrusions prevented every day.

"The smugglers as well as illegal immigrants employ decoys and camouflage to avoid detection. They use faster boats, they try to breach our maritime defence and evade arrest.

"Our small sea space also gives us very little reaction time to respond to incoming threats before (they) reach our shores," he added.

The PCG has thus made improvements to its patrol boats to increase effectiveness in detecting and neutralising such dangers.

The new fifth-generation PT class patrol boats will replace third-generation ones that were introduced in 1998. These are mainly deployed in the southern waters of Singapore, where the sea is rougher.

The upgraded vessel features a water jet propulsion system that allows it to travel at speeds of more than 100km/h - around 30km/h faster than the older version.

It is equipped with shock mitigating seats that absorb the impact of turbulent waters so as to minimise crew fatigue. 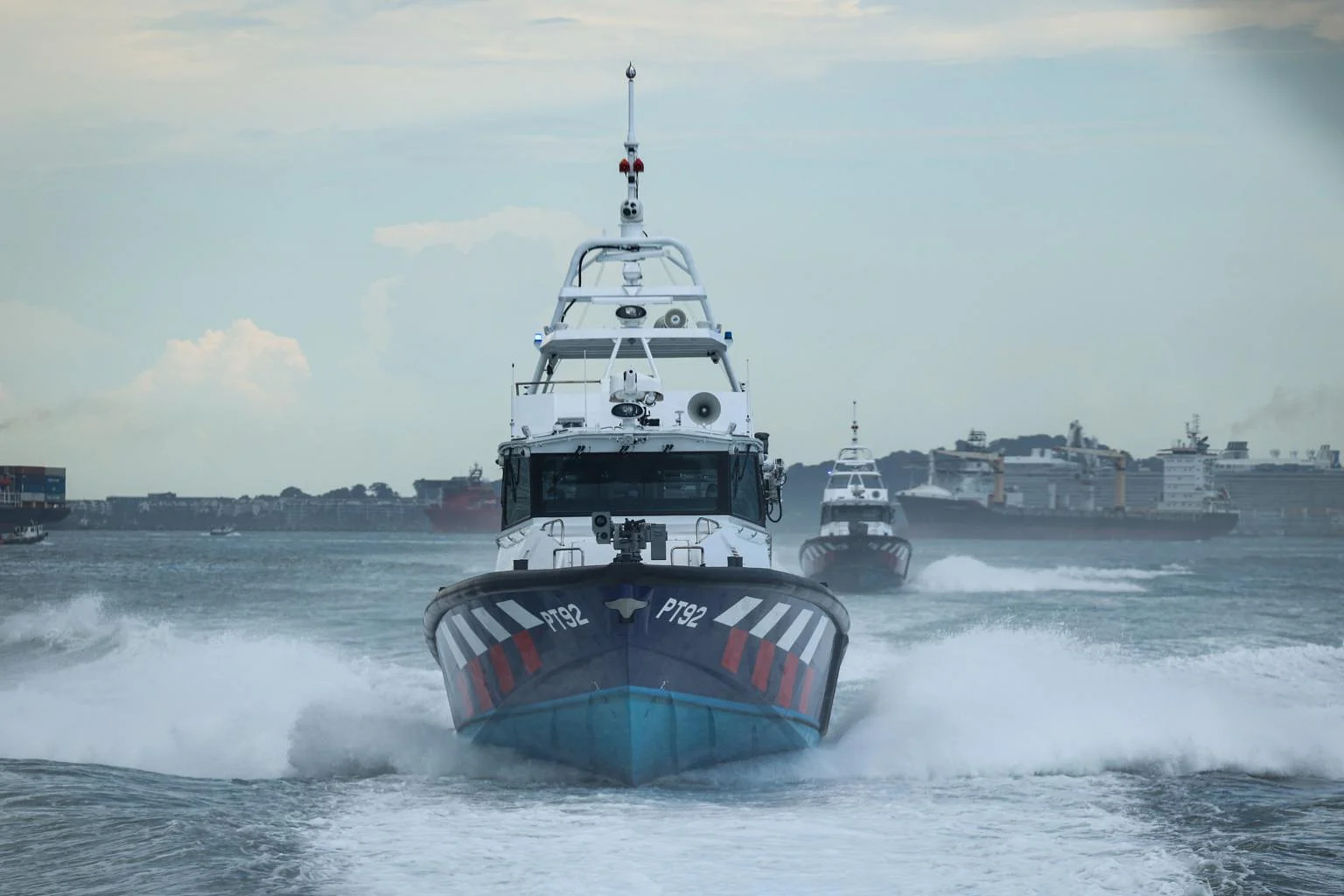 The three-series PC class patrol boat, which will replace second-series ones launched in 2001, has an improved hull design that allows it to manoeuvre more easily in narrow waters. 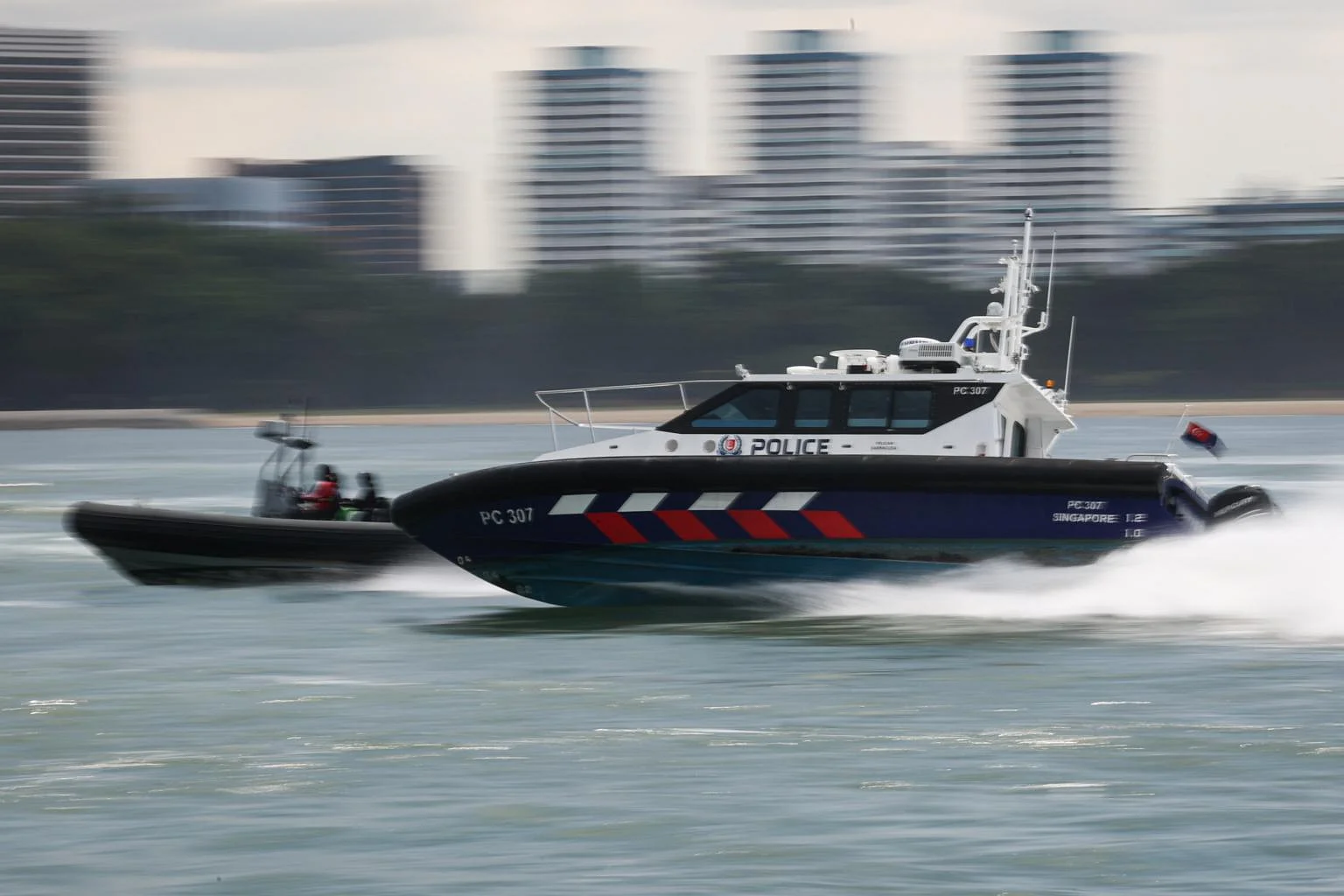 The three-series PC class patrol boat can accelerate to more than 90km/h in less than 30 seconds. PHOTO: LIANHE ZAOBAO

It is fitted with four outboard motors, one more than the previous version, that allow it to accelerate to more than 90km/h in less than 30 seconds, thus giving it an edge during high-speed pursuits.

Lastly, the third-generation PJ class interceptor will replace second-generation ones introduced in 2009. This type of craft is used by the PCG's elite Special Task Squadron for tackling aggressive and fast-moving sea-borne threats. 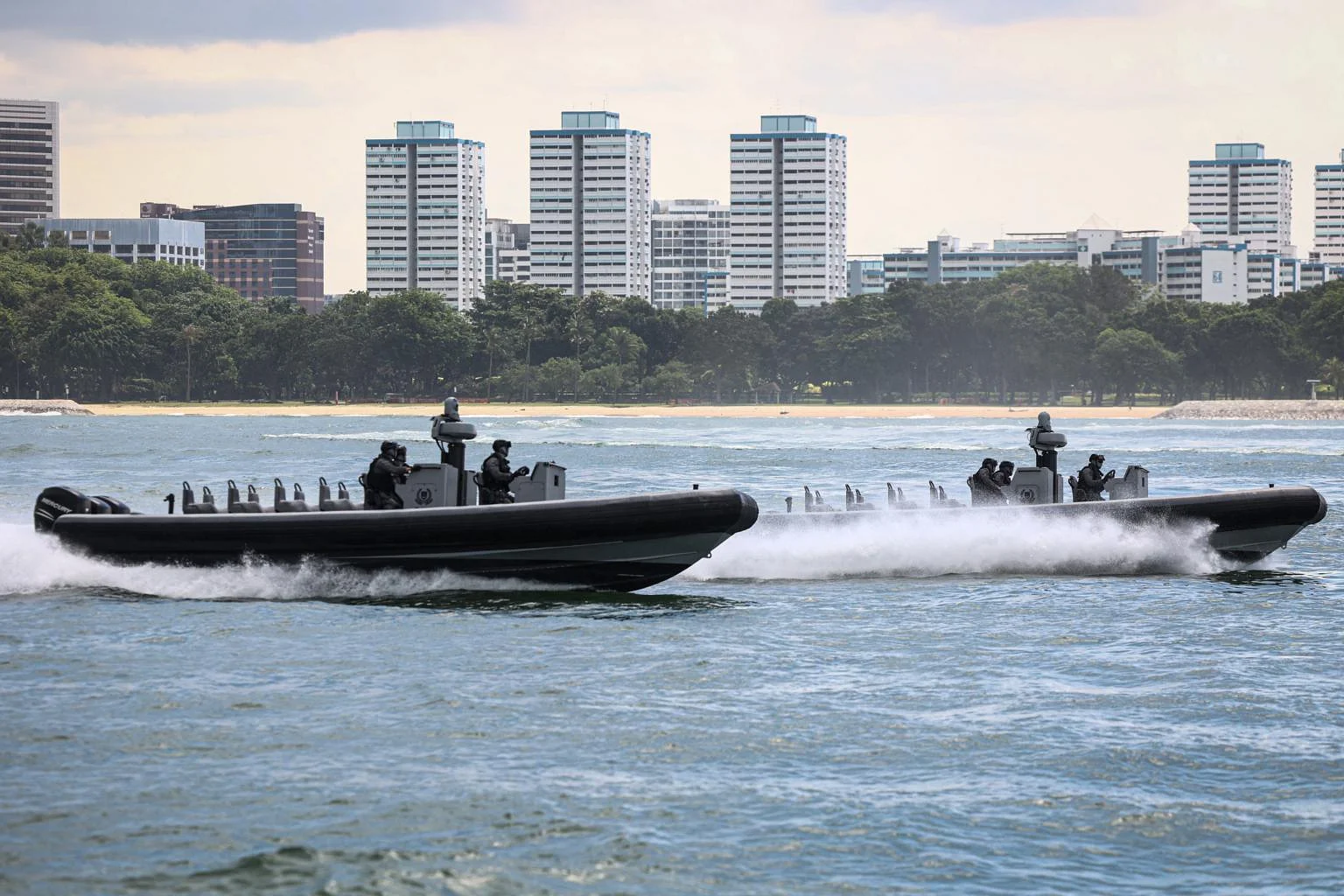 ​​​​​​​The third-generation PJ class interceptor is able to pick up heat signatures so as to better detect suspicious activity at night. PHOTO: LIANHE ZAOBAO

Its new features include a retractable mast with an imaging system that can be raised to get a better vantage point during surveillance operations. The system is also able to pick up heat signatures so as to better detect suspicious activity at night.

The new patrol boat's fender - or bumper - has been toughened with durable materials to protect the craft against impact during force boarding. This happens when officers need to chase down non-compliant craft - such as one that refuses to stop for checks - to see what is going on. 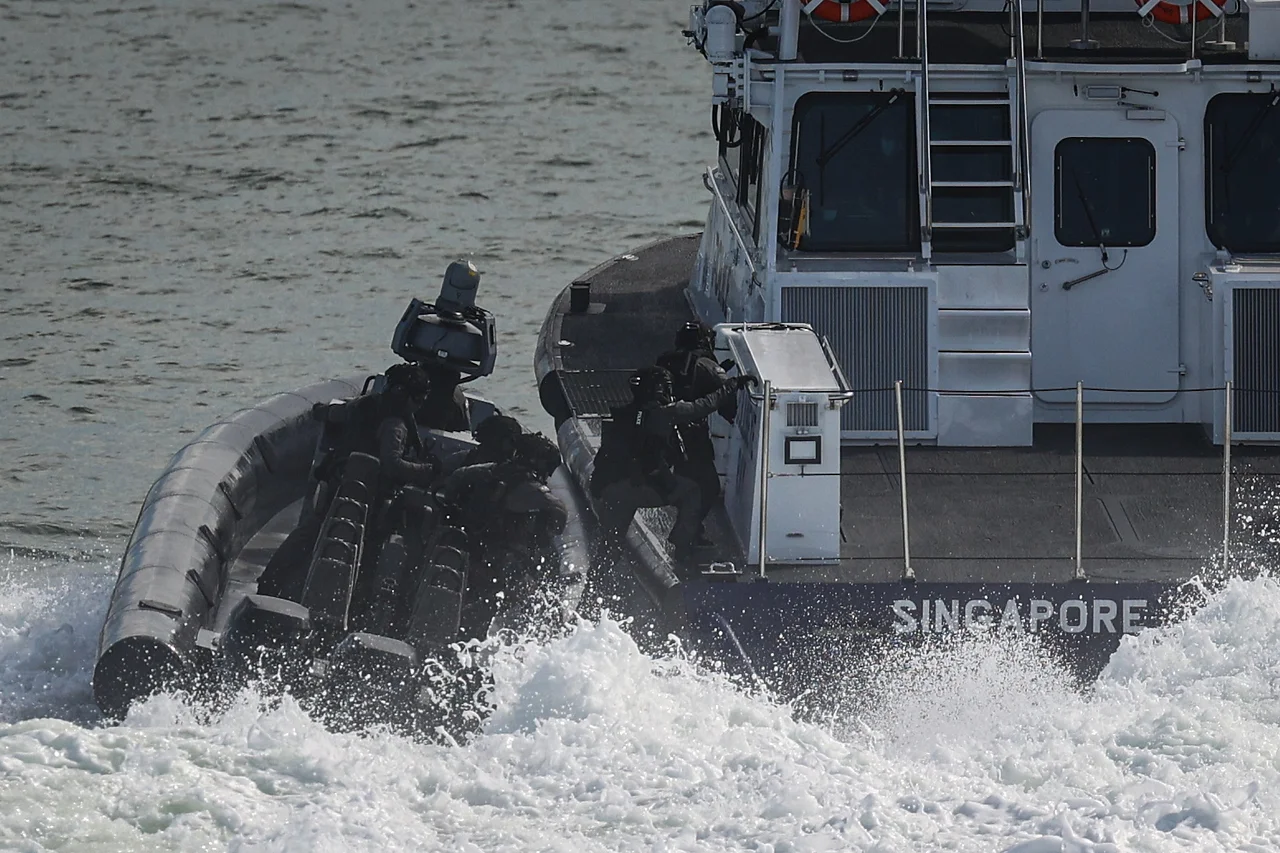 The PCG's head of operations and security Elvis Chong Ying Ming said it is vital for the authorities to stay ahead in managing maritime threats through better equipment, training and deployment of tactics.

"The enhanced features increase the confidence of officers in carrying out their duty of safeguarding Singapore's waters," said Superintendent of Police Chong.