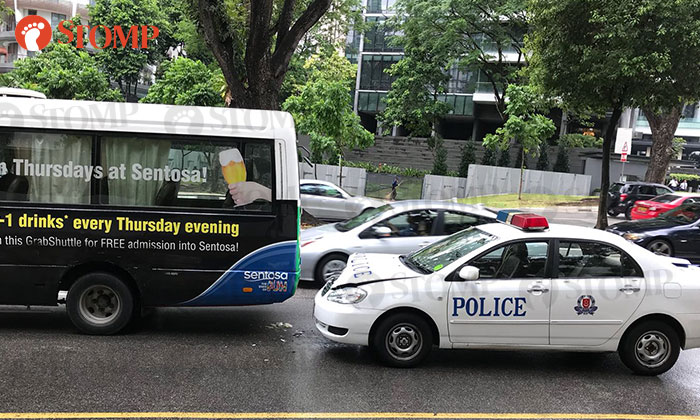 A police patrol car collided with a mini bus along Paterson Road yesterday at around 1.39pm.

Stomper Edwin was in the vicinity and came across the aftermath of the accident.

He took some photos which he sent to Stomp.

The bonnet of the patrol car was observed to be dented following the impact of the collision.

“There were also two police motorbikes in the vicinity to help guide the traffic.

“The bus driver said that he slowed down his bus because the cars in front of him had stopped as the lights were turning red.

“It seems that the patrol car was unable to stop in time and ended up crashing into the back of the bus.

“Fortunately, no one was injured.”

"The police confirm that on March 7, 2018,  at 1.39pm, an accident involving a police car and a bus occurred along Paterson Hill towards Irwell Bank Road.