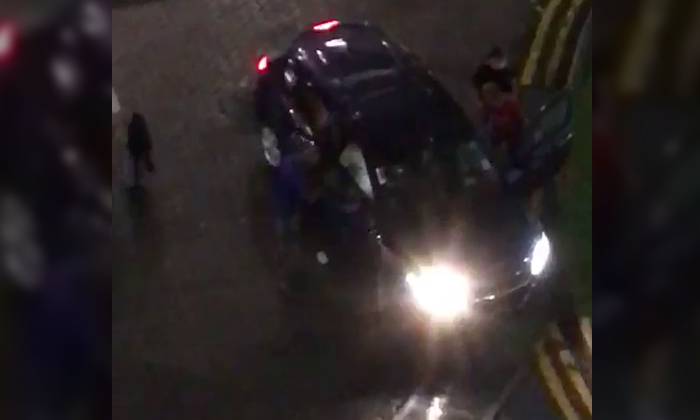 A dispute between a Grab driver and a man, believed to be the husband of the Grab passenger, occurred at Block 476A Upper Serangoon View on Friday evening (Nov 10).

A video of the incident, which appeared to have been filmed by a resident who witnessed the commotion, was posted on a closed Facebook group.

Stomper Evelyn shared the video with Stomp and said: "Four police cars came with their sirens on and so did an ambulance."

It is unclear what the dispute was about, but the Grab driver had apparently commented on the Facebook video to shed light on what might have happened: 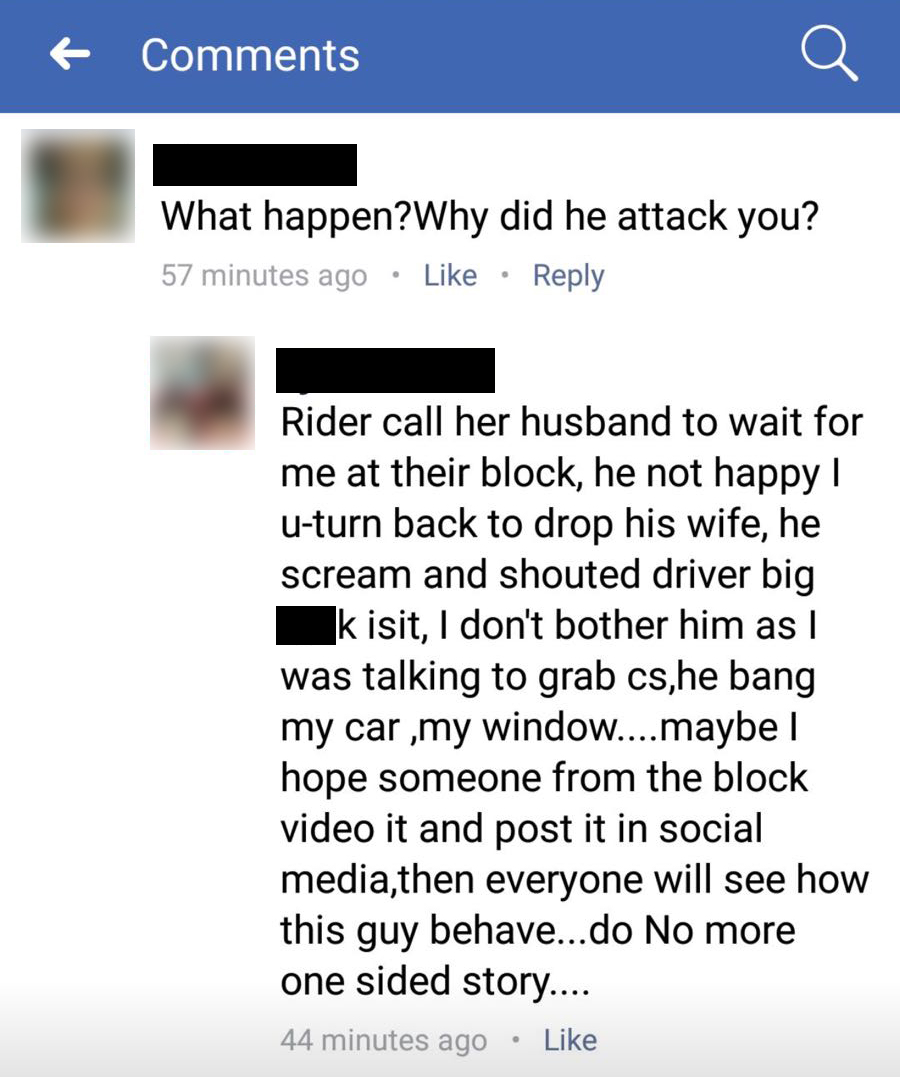 In response to media queries by Stomp, the police said they were alerted to a case of voluntarily causing hurt at 7.11pm.

The parties involved were advised accordingly on their legal recourse and no further police assistance was required.

The Singapore Civil Defence Force (SCDF) told Stomp it was alerted to the incident at 7.20pm.

Paramedics assessed a man and he refused conveyance to the hospital.