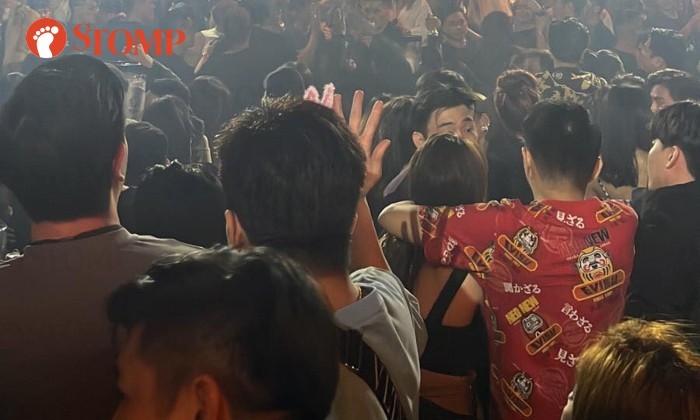 The police were called after a fight broke out in Club Vox early Monday morning (July 11).

Club Vox is located in Central Mall at Magazine Road near Clarke Quay.

Stomper Yong shared photos of the scene inside the club on the night of the incident.

He said a man started the fight and it happened at around 2.50am.

The Stomper recounted: "Everyone was drinking happily and a guy started chanting some gang poem and aroused the surrounding people to get agitated. Then a fight kicked off. Both groups were thrown out by the bouncer of the club."

He said the police were called.

In response to a Stomp query, police said they received a call for assistance along Magazine Road at 3.50am.

"The parties were advised accordingly. No further police assistance was required," said police. 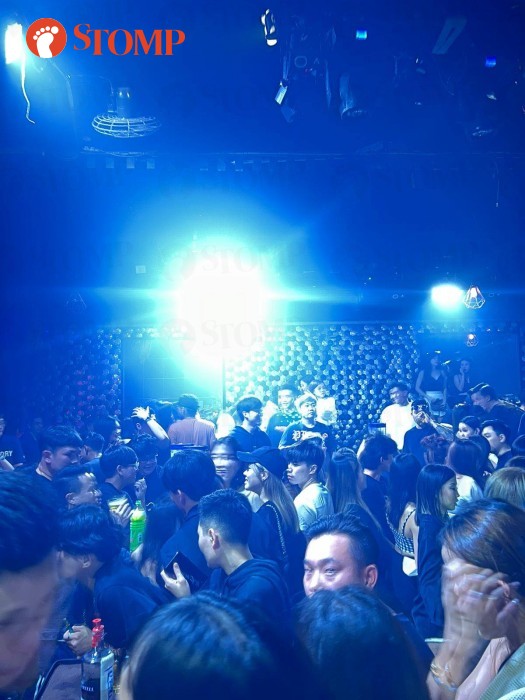 From the photos, it can be seen that people in the club were not wearing masks even though they were indoors.

Last month, it was reported that seven public entertainment and nightlife outlets were caught breaching Covid-19 regulations during enforcement checks between April 19 and June 14.

The breaches included failing to minimise physical interactions between customers and non-customers, failing to implement a system of checks for vaccination-differentiated safe management measures, and not ensuring patrons wore masks while indoors.

Masks may be removed for the consumption of food and beverages, and should be put back on immediately after eating or drinking.