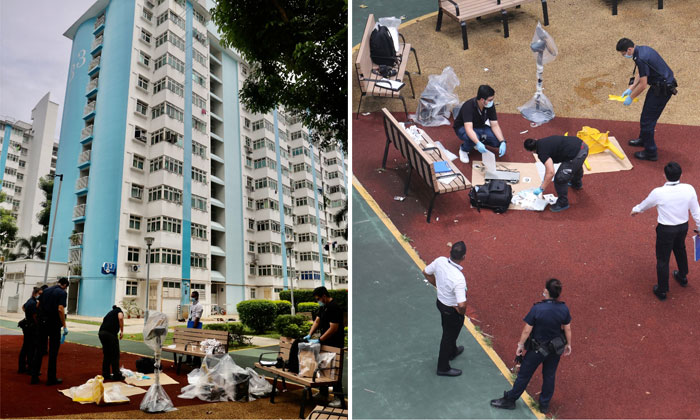 Mr Tan Choon Kwee, 57, was having breakfast at a coffee shop in Bendemeer on Wednesday (Sept 8) morning when he heard three loud thuds.

Curious to find out more, the logistics driver, who lives in Block 34 Bendemeer Road, walked around the Housing Board estate and was shocked to find household items strewn haphazardly at the foot of Block 33.

These included a standing fan, a plastic yellow chair and assorted CDs.

Speaking to The Straits Times in Mandarin, Mr Tan said: "There were joss sticks lining the grass patch right next to the litter.

"The Hungry Ghost Festival just ended on Monday. If it was a few days earlier, people who were making offerings to their ancestors could have been injured."

On Wednesday morning, the police arrested a 64-year-old man for rash act, voluntarily causing hurt to deter a public servant from his duty and suspected drug-related offences.

The police said they had received a call at 11.49am after household items were found to have been thrown down from a unit at Block 33.

Chinese-language newspaper Shin Min Daily News reported that the suspect lived on the sixth floor. Police investigations are under way.

When ST visited the housing estate on Thursday evening, some seniors were exercising at the fitness corner next to the block, which comprises one-room rental flats.

While the residents said that few people pass by the area behind the block, except for garbage collectors, they were still worried the thrown items could have injured seniors who are less mobile. ST understands no injuries were reported.

Mr Mohamed Daing Martawan, 72, who lives diagonally opposite the suspect was surprised when he saw policemen outside his neighbour's unit.

The retired odd job worker said: "He's not a violent man. He didn't make a lot of noise. When we saw each other, we would nod and say hello."

The man is believed to live alone, though he has a few visitors, mostly male and middle-aged, said Mr Mohamed. 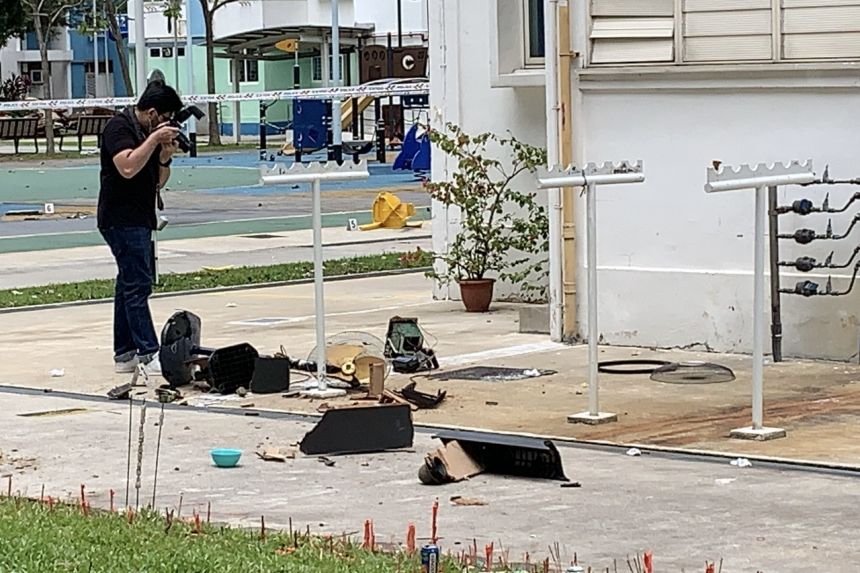 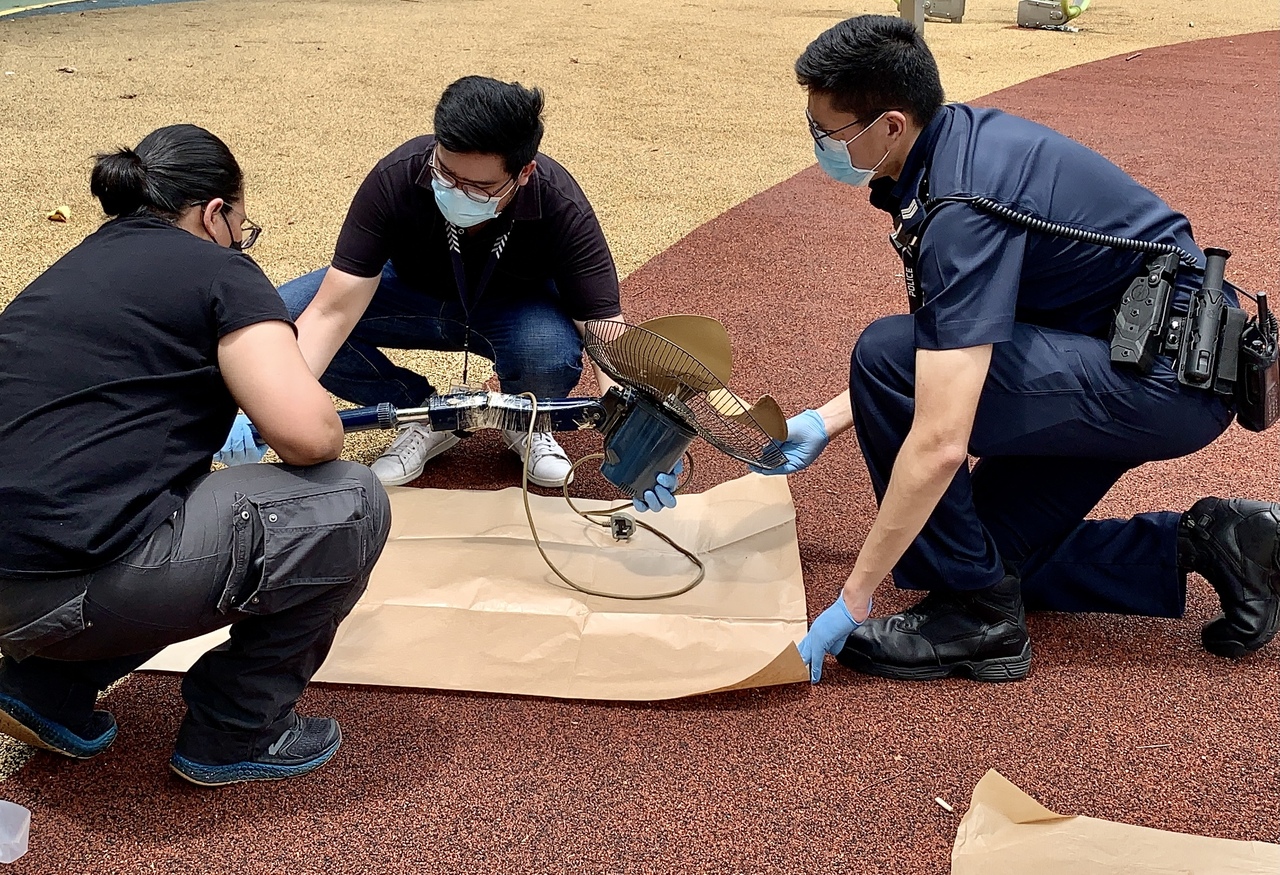 A standing fan was one of the household items strewn haphazardly at the foot of Block 33. PHOTO: SHIN MIN DAILY NEWS

Ms Yati Sabtu, 35, who lives on the fifth floor with her five children, said: "It's quite quiet here, we don't hear a lot of commotion."

She added: "Many of the seniors here live alone. When I saw the litter, I thought perhaps there had been a fight or someone was depressed."

Those convicted of a rash act which endangers the life or personal safety of others can be jailed for up to six months, fined up to $2,500, or both.

Those found guilty of voluntarily causing hurt to deter a public servant from his duty can be jailed for up to seven years, fined, caned or subjected to any combination of these punishments.

The police said that in 2020, there were 366 reported cases involving killer litter, which included items such as flower pots, bamboo poles and household items.