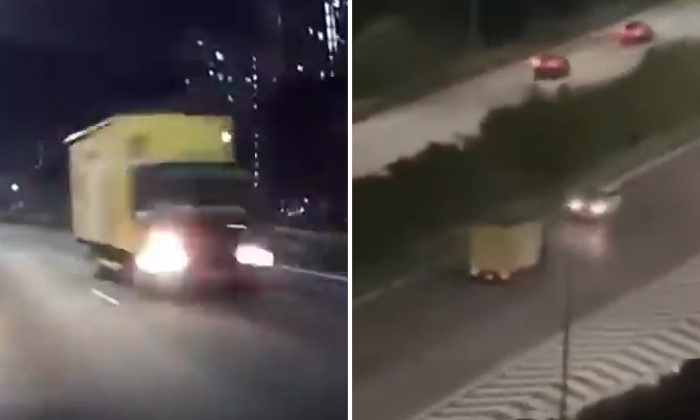 A 28-year-old male driver has been arrested after videos of him driving against traffic along the Tampines Expressway made the rounds on social media.

Police said they were alerted to the incident at 11.40pm last Thursday (April 9) through several calls from the public. No injuries were reported.

Videos of the incident posted on social media show a yellow lorry being driven at high speed against traffic.

The driver was also seen altering the lorry's front headlights as he drove.

The lorry's movement was captured through dashcam footage from other cars on the road, which had cleared way for the incoming vehicle as it drove past.

Police said the driver was arrested on Saturday for dangerous driving, and his licence was suspended.

Those convicted of dangerous driving may be jailed up to 12 months, fined up to $5,000 or both for the first conviction and jailed up to two years, fined $10,000 for both in case of a second conviction.

In addition, their driving licence may also be disqualified, the police said.