PMDs on pathways: 'We all need to be mindful of one another and act graciously' 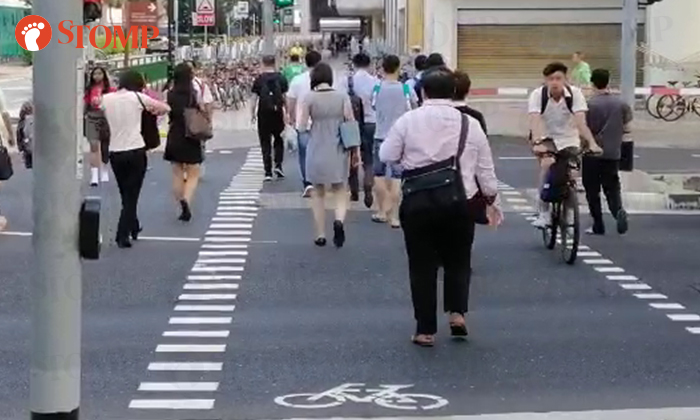 People have been split into two different camps regarding Personal Mobility Devices (PMDs).

Due to a video that has been circulating on Facebook, some netizens have been talking about banning PMDs while others pointed out how the driver of the vehicle, who is also filming the video, should "chill".

Stomper Tay was walking towards Tampines MRT Station on Tuesday (July 30) at about 8am when he took a video of the pedestrians crossing the road.

He shared a video with Stomp showing a boy on a bicycle and a GrabFood rider on a PMD.

Tay said to Stomp: "Pedestrians are vocal about PMDs and bicycles on shared pathways, but they don't really care about these designated pathways.

"I feel we all need to be mindful of one another and act graciously.

"A set of practices needs to be put forward for pedestrians too. Things like keeping left on pathways, not using handphones while walking along any pathway, whether shared or designated."

Stomper Mohamed also came across an incident that took place on Tuesday at about 9.15pm in Sengkang.

Mohamed was making his way home when he saw a driver in front of him stopping at a zebra crossing.

He shared a photo with Stomp of an Audi vehicle and a pedestrian who was on a PMD. 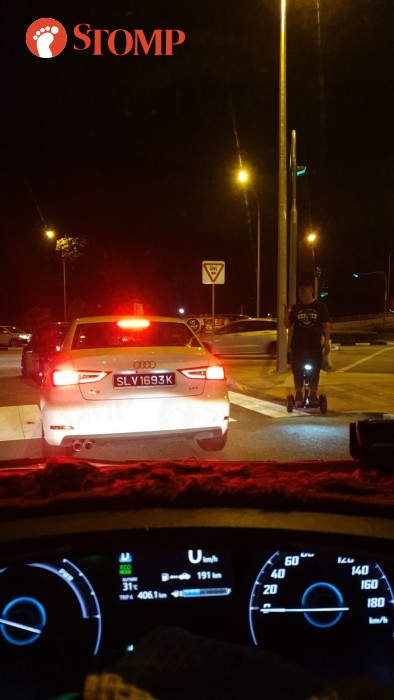 Mohamed told Stomp: "The driver stopped there on purpose even though he already saw the pedestrian.

"The pedestrian got angry, took out his mobile phone and started snapping away at the driver.

"It really shows how inconsiderate and selfish the driver was being."

What are your thoughts about PMDs now?