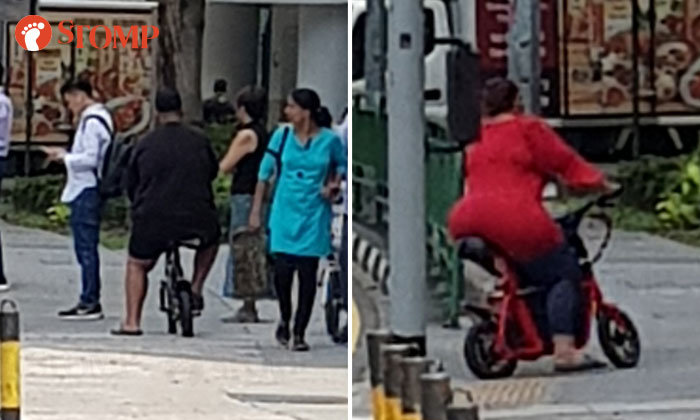 Despite a recent ban on the use of e-scooters on public footpaths, several personal mobility device (PMD) users continue to flout the rules.

Stomper Shocked shared with Stomp a series of photos showing PMD users riding on a footpath along Chin Swee Road on Wednesday (Nov 28).

He was there from 12.30pm to 1pm and was concerned to see so many riders breaking the law.

"I saw riders at the traffic light in front of Manhatten House and many others opposite Jalan Kukoh," he said.

"They were riding amongst pedestrians and weaving in and out.

"It's only a matter of time before another accident happens."

He added that he also has spotted PMD users on footpaths in Bukit Merah and Toa Payoh as well.

"Are laws made to be broken?" he asked.

"Seeing these people's indifference to the law is really scary."

Under the Active Mobility Act, PMDs are only allowed on cycling and shared paths.