PMD rider honks at pedestrian and scolds him for not giving way: 'We must share the path' 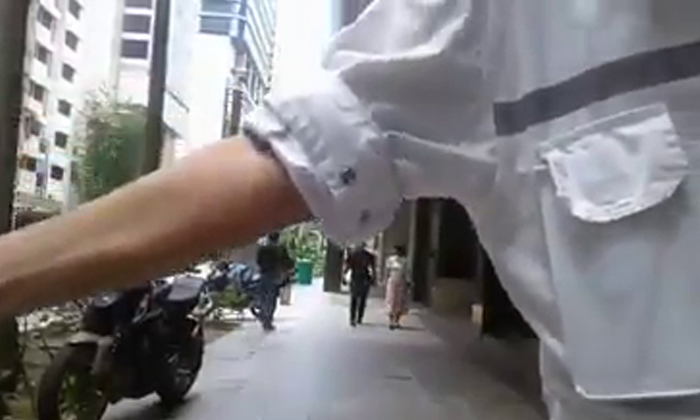 The rider of a personal mobility device (PMD) was seen getting into a confrontation with a pedestrian for not giving way to him, on the basis that the footpath should be shared.

A video of the incident was posted on SG Road Vigilante's Facebook page on Saturday (Nov 16) and was said to have been originally uploaded by the PMD rider.

It is unclear what device exactly he was riding.

In the video taken by the PMD rider, he is seen riding on a pedestrian walkway and can then be heard sounding his horn at passers-by.

He then came face-to-face with a man, with both of them not budging to let the other through.

The PMD rider is heard saying: "You know I honk you... we must share the path."

After implying that other pedestrians had given way to him, the PMD rider then told the man: "Wa, you are very stubborn, man."

He also repeatedly said that the man was "very stubborn" and had "come in front of me" despite being honked.

Ironically, he then said that he did not want "the trouble" over what was a "small matter" that could land both of them in jail, before riding off.

Related Stories
Count how many times this GrabFood rider narrowly avoids hitting vehicles and pedestrians at Pasir Ris
Masked PMD rider confronts couple and accuses them of 'staring' at him at Bishan bus stop
Driver stops to advise PMD rider to get off the road
More About:
pmd
PMDs
rude
dispute
pedestrian