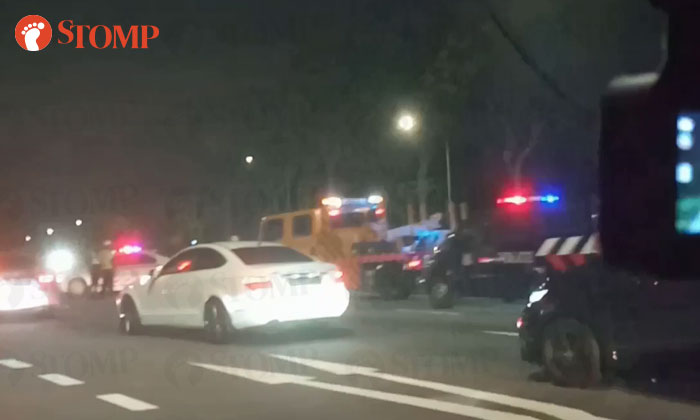 A 20-year-old woman died after an accident involving the motorcycle she was riding pillion on along the Central Expressway (CTE) towards the Ayer Rajah Expressway (AYE) on July 30.

A Stomper alerted Stomp to the incident and said that there was a traffic jam from Ang Mo Kio Avenue 1 at about 6am.

"There was a motorcycle on the ground and a helmet thrown quite far away too," she said.

"It caused a massive jam that went on until 7am.

"Many of my classmates were late due to the accident too."

In response to a Stomp query, the police said they were alerted to the accident at 4.14am.

"A 20-year-old female motorcycle pillion was pronounced dead at the scene by a paramedic," a police spokesman said.

"The 19-year-old male motorcyclist was conscious when conveyed to the hospital."