Pillion rider, 17, taken to hospital after accident involving car and motorbike on PIE 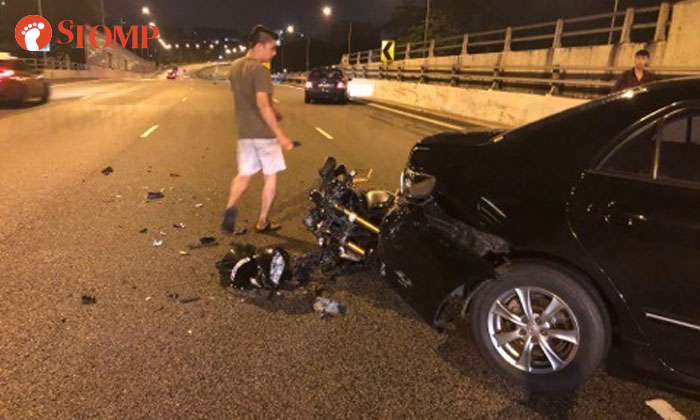 A 17-year-old woman was taken to hospital after an accident involving a car and a motorcycle occurred along the Pan Island Expressway (PIE) towards Tuas on Monday night (Dec 2).

Stomper Anonymous, the driver of the car, alerted Stomp to the incident.

He told Stomp that the motorbike hit his black Toyota Altis after the Clementi exit at about 11.15pm.

"I hope someone has the in-car camera footage of the motorcycle hitting my car," he said.

In response to a Stomp query, the police said they were alerted to the accident at 11.15pm.

"The pillion, a 17-year-old woman, was conscious when conveyed to Ng Teng Fong General Hospital," a police spokesman said.

If you have any footage of the accident, kindly contact Stomp at stomp@stomp.com.sg or WhatsApp 9384 3761.