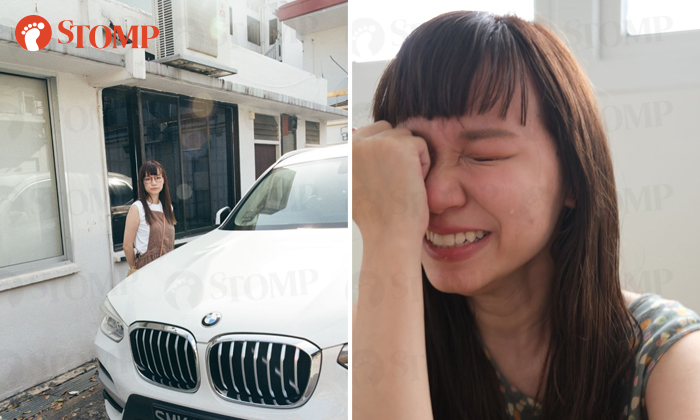 Submitted by Stomper An Shi

A woman paid $899 to a local photographer for a photoshoot session, but the experience and results were both disastrous.

Stomper An Shi alleged that the photographer:

An Shi said she booked a makeover photoshoot with Pingzi Photography Studio in July last year for outdoor and indoor portrait photography services.

According to the photographer's Instagram page, she specialises in personal portraits and weddings as well as family and children photoshoots. She also has the following disclaimers highlighted on her page: 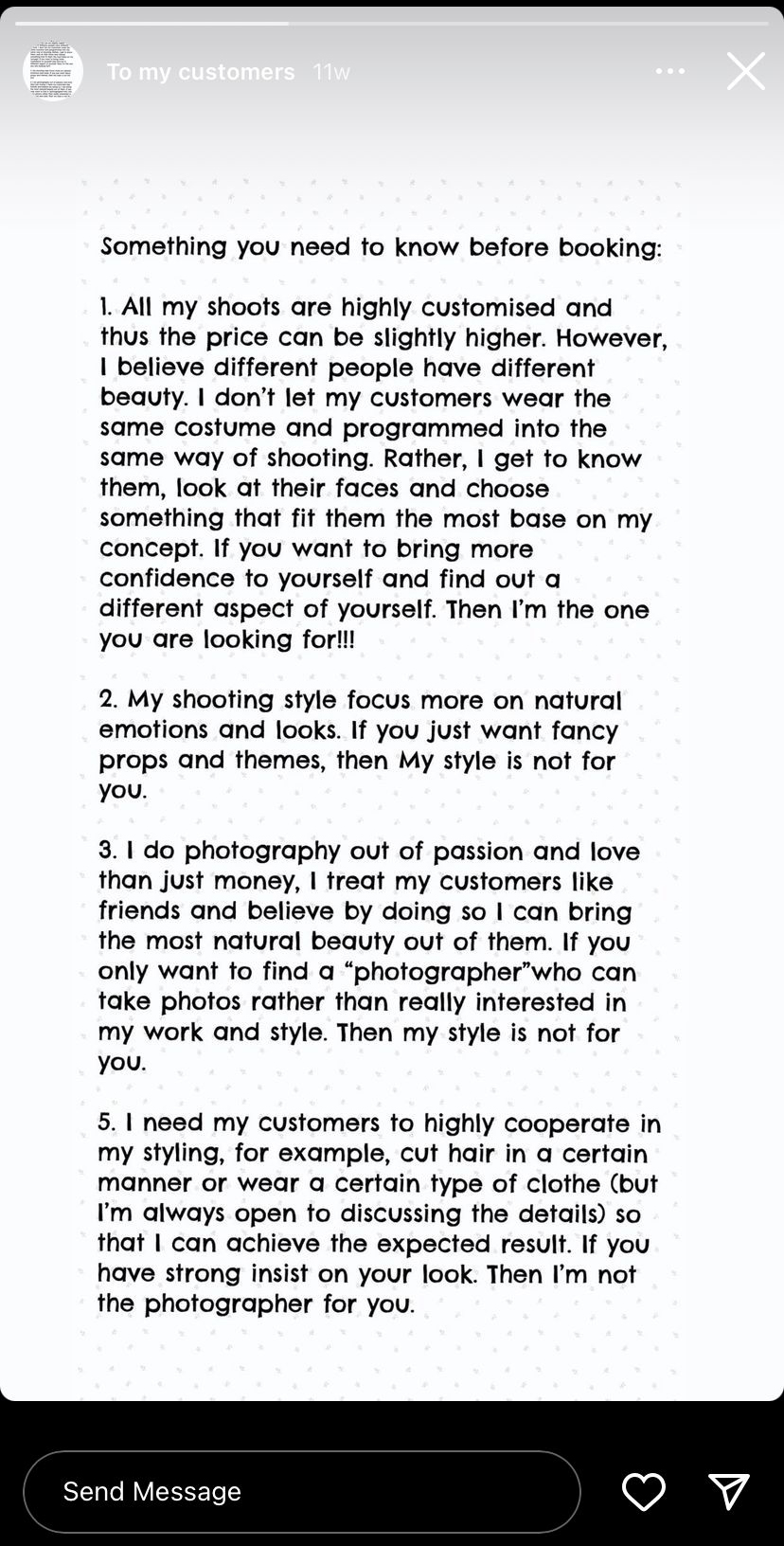 An Shi told Stomp: "I was attracted by the photographer's portfolio, which portrayed good vibes for a Japanese style, and the makeovers she had done for her customers.

"She also had articles depicting that her photography-taking style is relaxed and how she would patiently guide customers into a good state for photo-taking.

"That was my main reason for choosing her service as I was looking for a photographer who could patiently guide me during the session, even though she was charging $899 (she has since increased her charges to $1,189 per indoor + outdoor session).

"She then collected a $100 deposit and arranged my session for January this year.

"In December, she asked for the style I wanted and asked me to send her some examples. I sent her a lot of sample photos. She told me that she understood and agreed to my request for a softer and more quiet style. She requested the remaining amount of $799 right before the day of the photoshoot."

Samples that An Shi sent to the photographer: 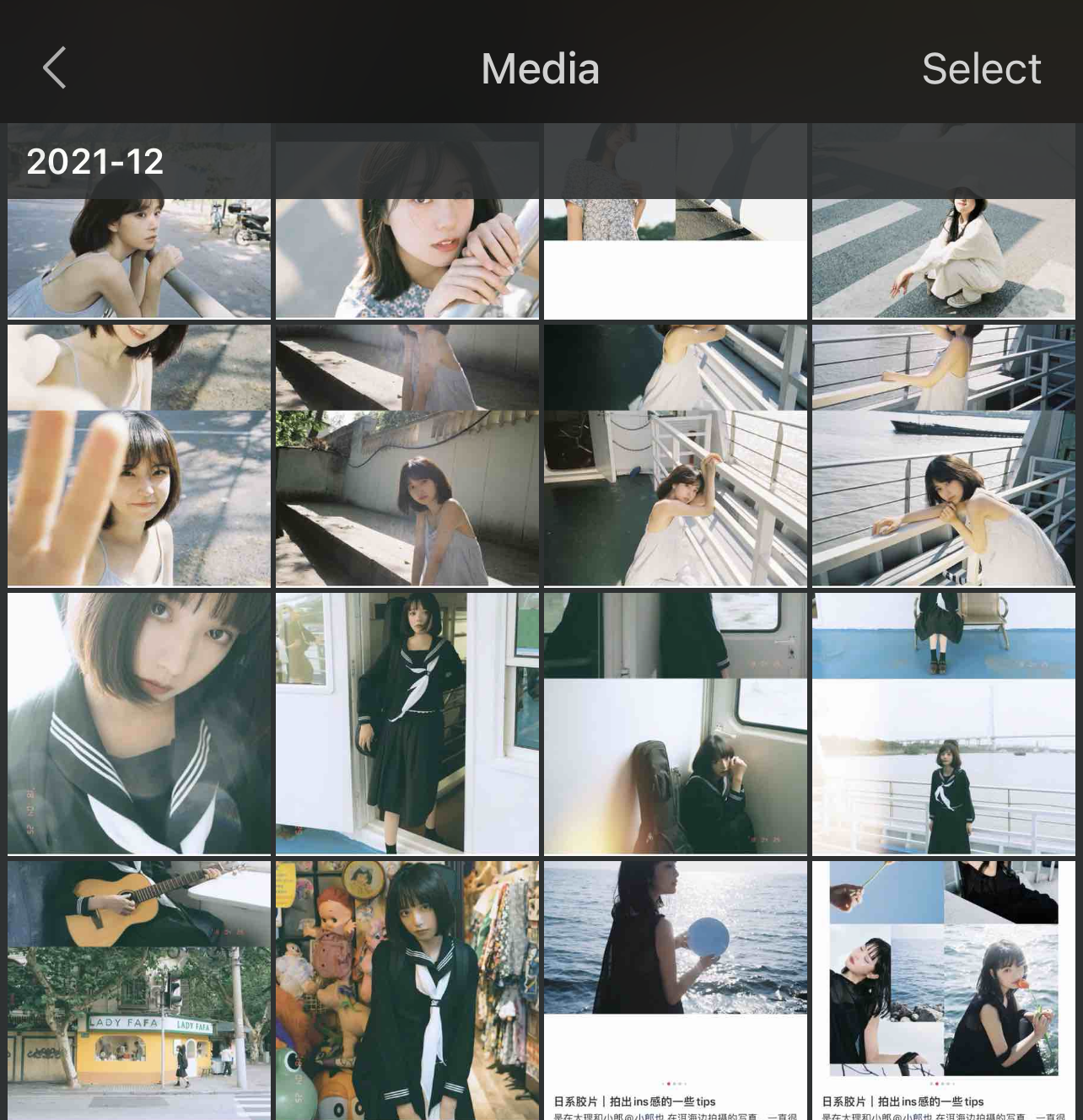 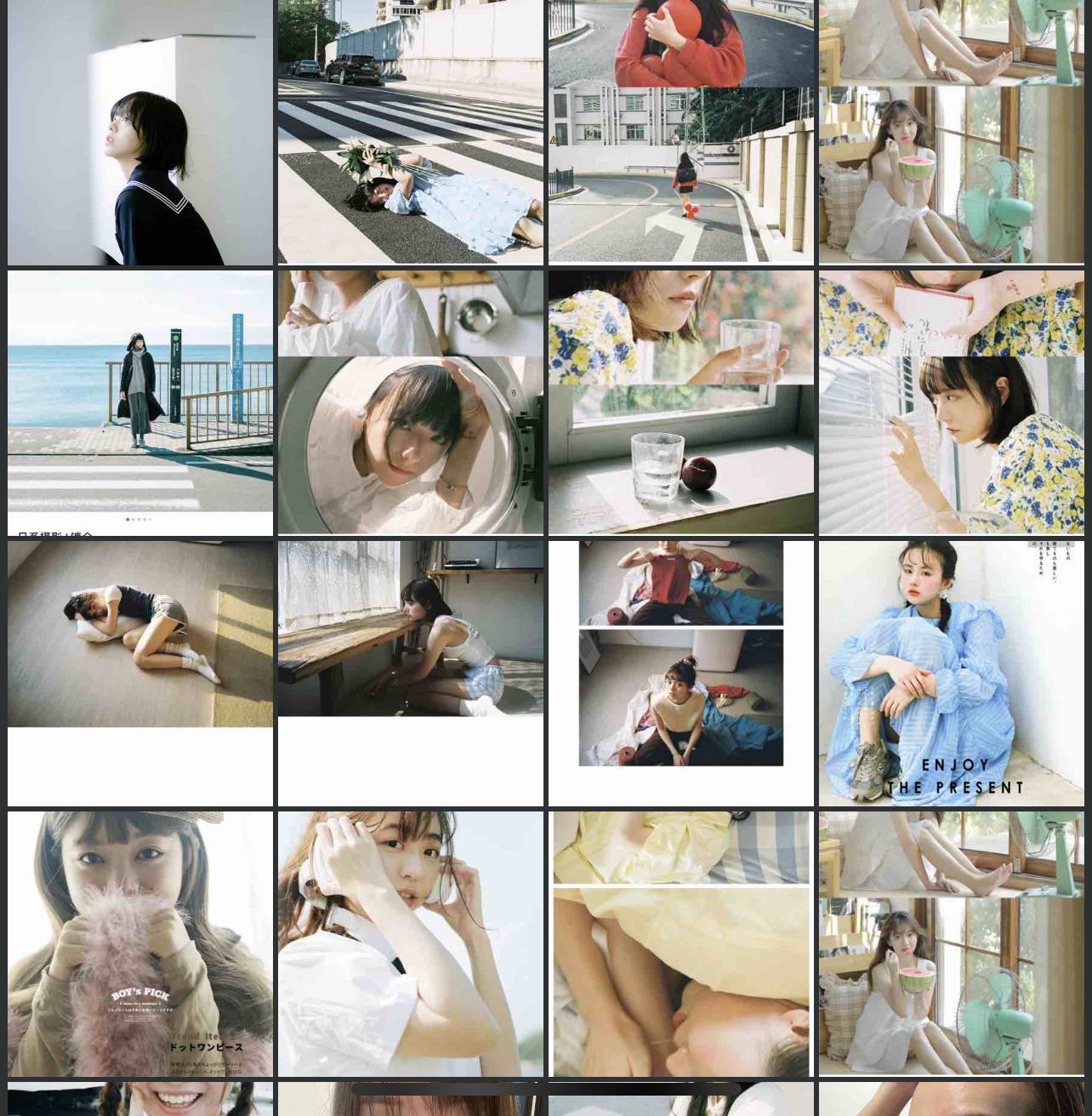 The photographer acknowledging An Shi's request and assuring her:

Unfortunately, the photoshoot on January 15 turned out to be a intimidating and traumatising experience, said An Shi.

She recounted: "The session started from 6am+ where the photographer did my makeup and styling, then 9am - 11am for the outdoor photoshoot, and 3.30pm - 4.30pm for the indoor photoshoot.

"On that day, I was constantly verbally abused by her during the whole session. Whenever I couldn't achieve the pose that she demanded, she would shout at me in public, even in front of other passers-by.

"I was also instructed to keep smiling wide and would get scolded by her when I didn't do so. I told her a few times that I was not comfortable with it but she still continued.

"There was once when I tiled my head, she scolded and shouted, 'I hate people who tilt their heads, don’t you dare to do it again!'

"I was really frightened by her words. However, all I could do was to obey during the photoshoot as she was intimidating and I was scared.

"During the indoor shoot, I was asked to give poses when I wasn't ready. I asked for pose suggestions and suddenly got shouted at, 'Don’t ask me what to pose! Do it yourself!'

"I was really frightened and started crying. She then kept taking photos of me crying and asked me to cry more.

"After I stopped crying, I requested to take photos at the scenes that I wanted. However, I got rejected by her and she said, 'If I take the photos you want, how can I earn your money next time?'

"She then treated the crying photos as my results of my photoshoot, even though it was not what I had requested at all."

Pictures of An Shi being reduced to tears, which were counted as part of the shoot: 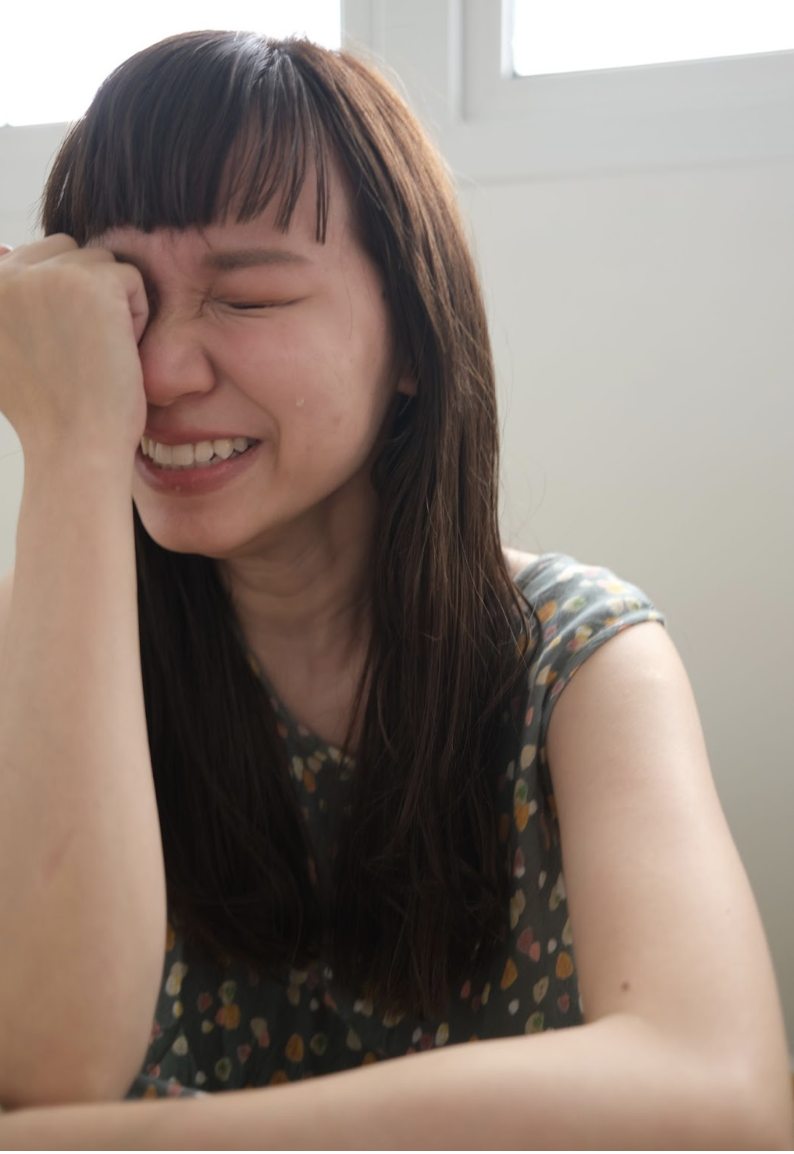 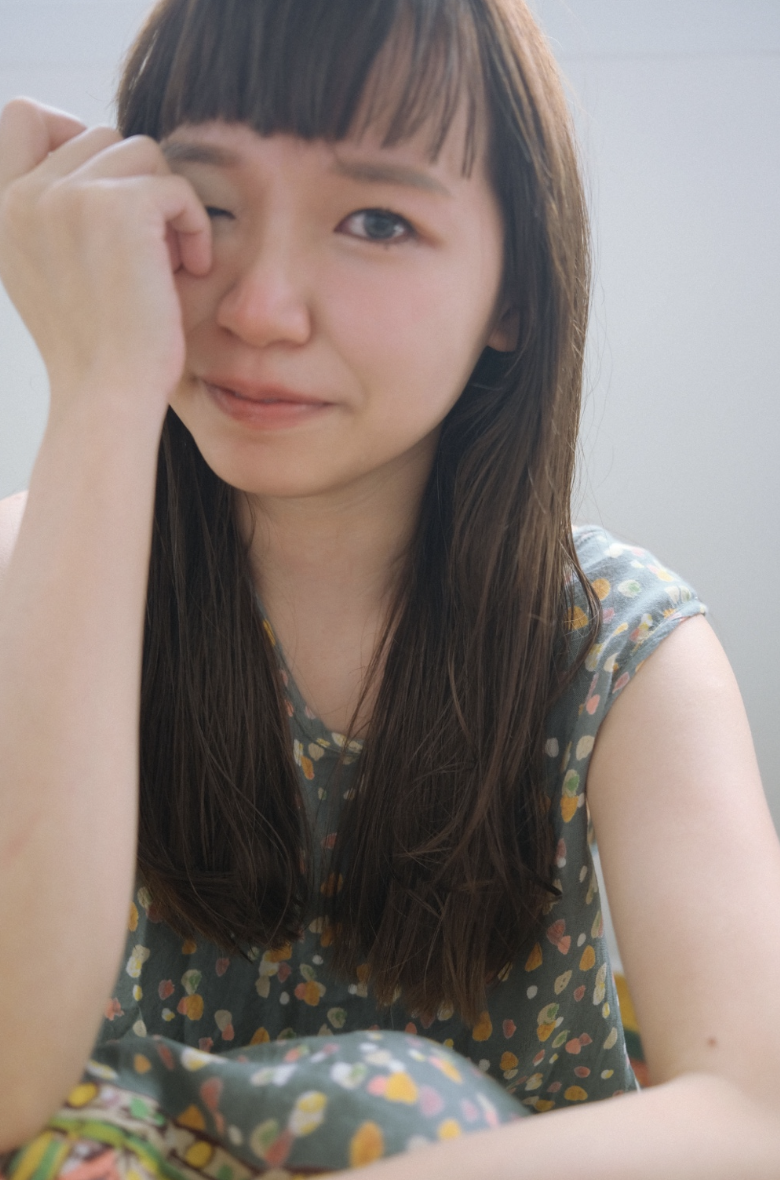 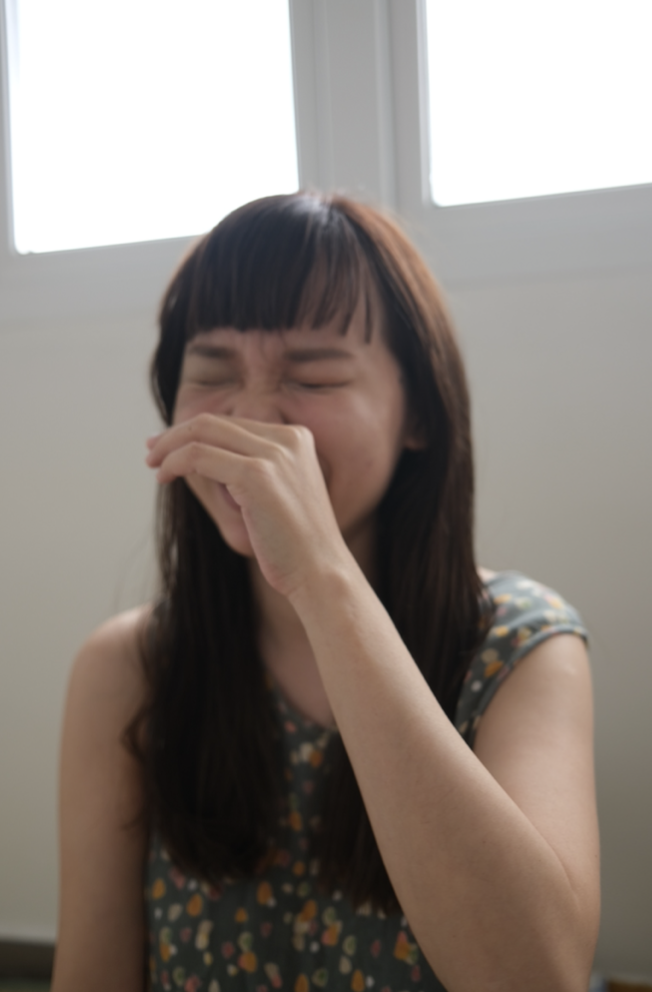 The final results of the outdoor photoshoot were unsatisfactory as well.

An Shi shared pictures that show her in various awkward poses.

She can be seen smiling in front of rusty gas cylinders, leaning over a car with a plastic bag, and standing rigidluy in a leaf-littered road next to a dirty building. 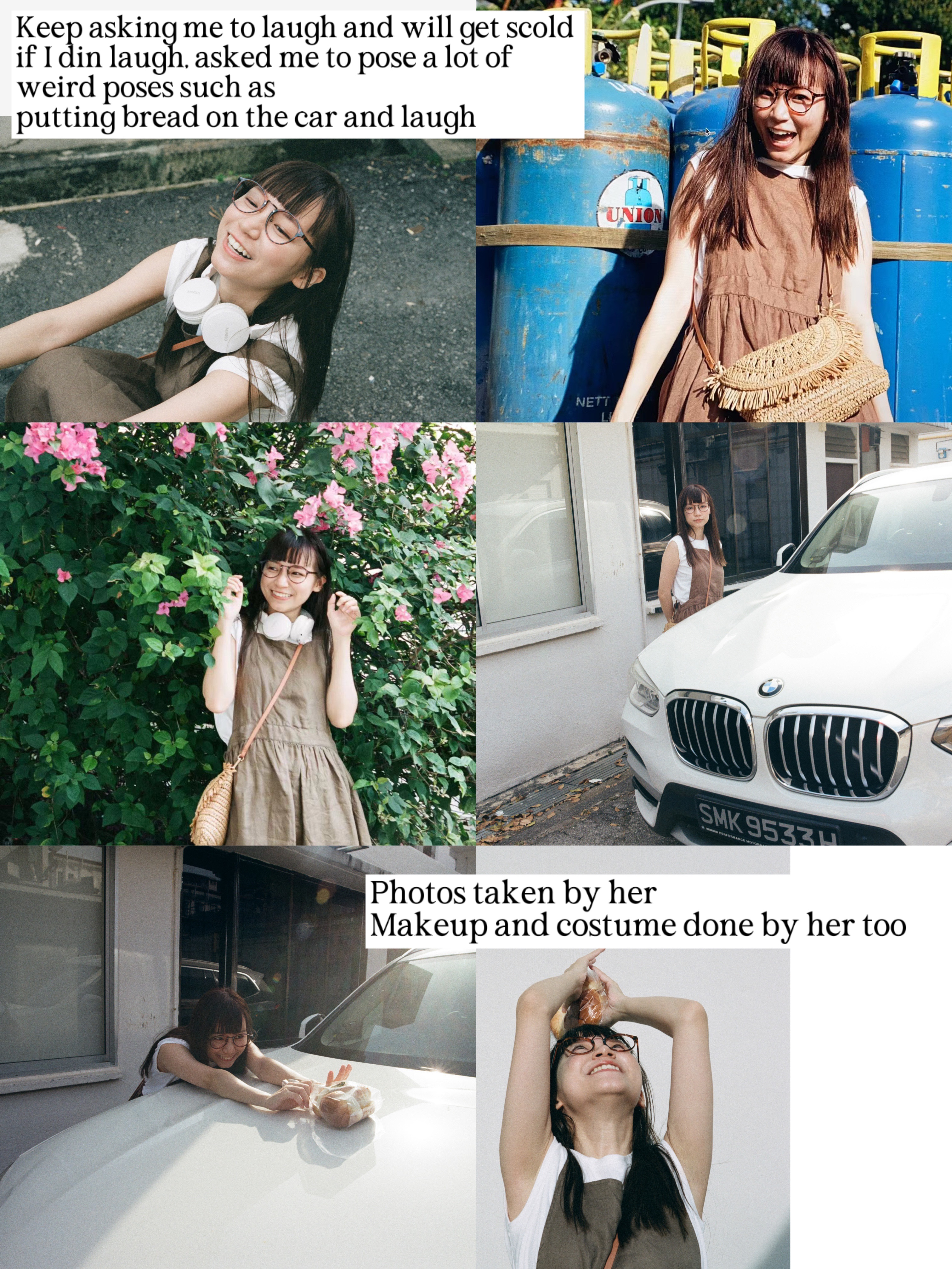 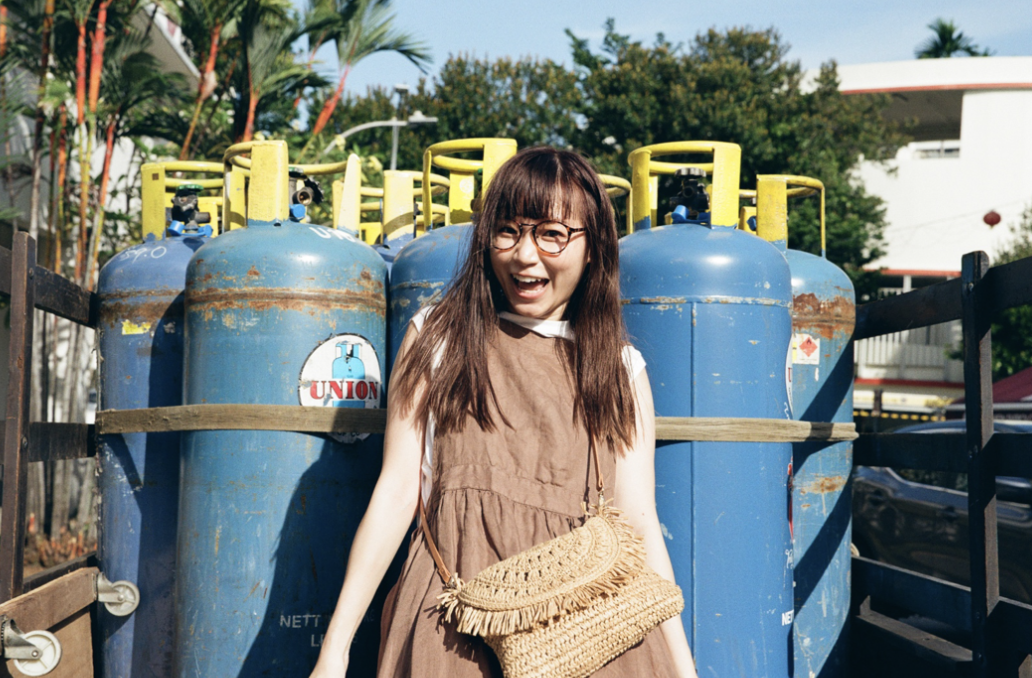 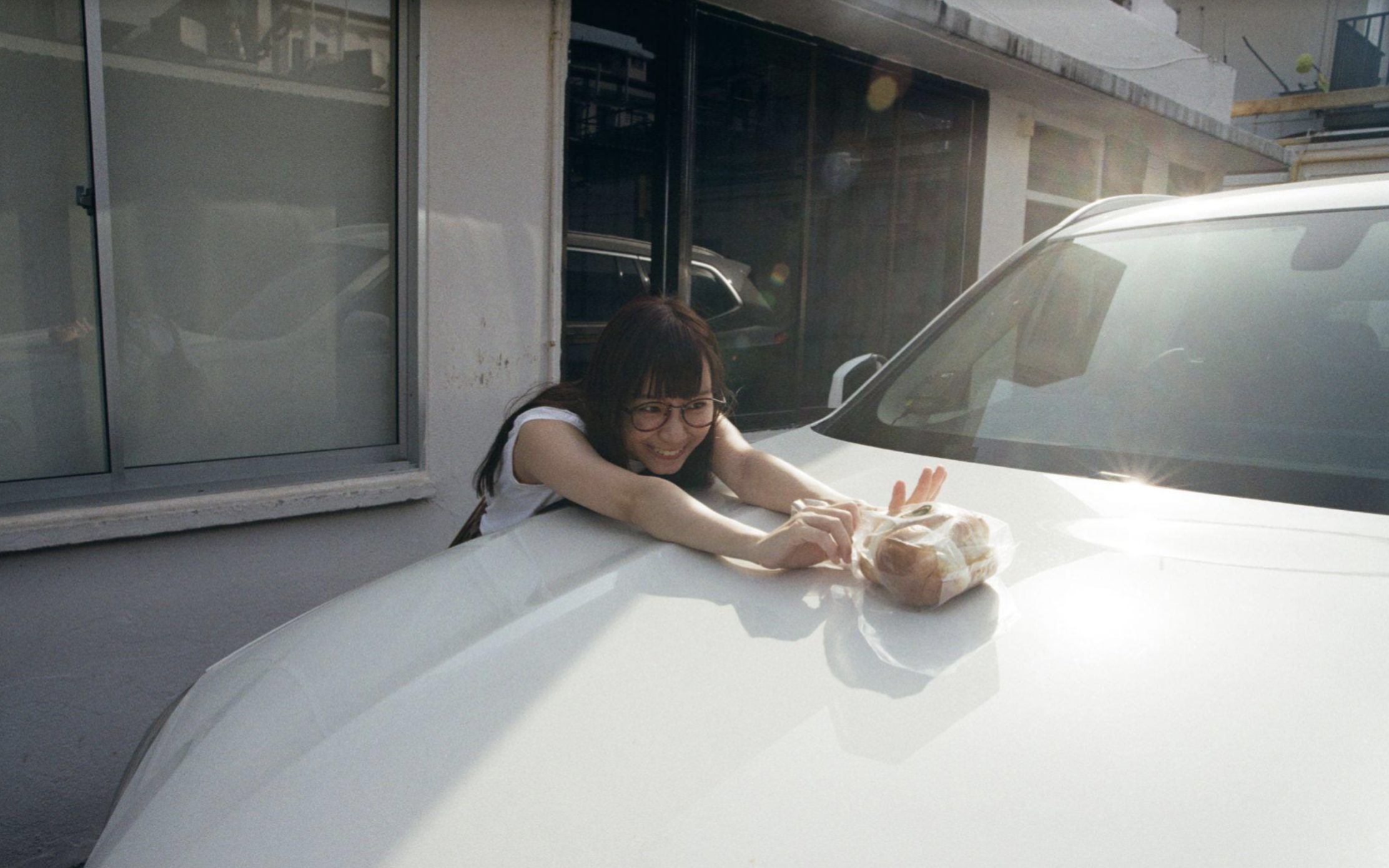 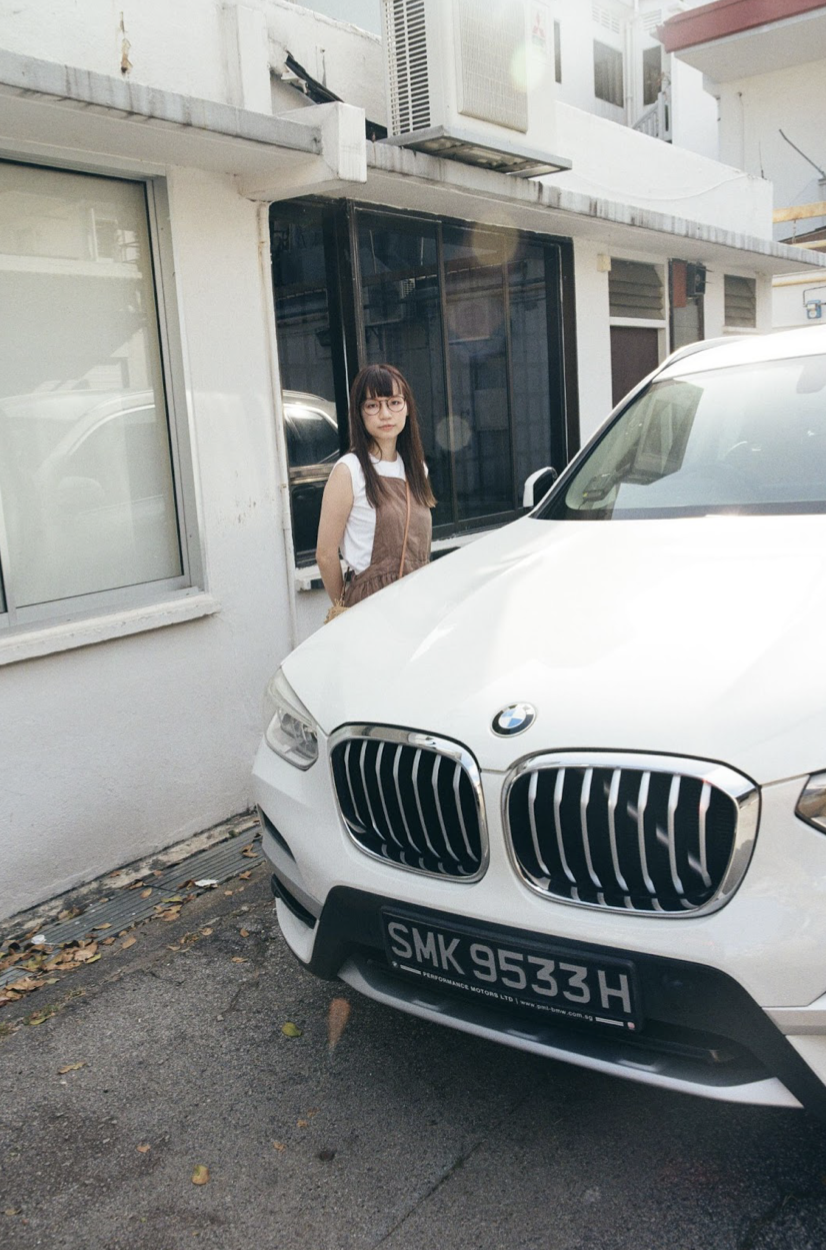 An Shi also alleged that the photographer "ruined" her fringe.

She added: "The photography package included make-up and styling. Before the shoot, the photographer sent me a sample photo of the hairstyle that she would curl for me.

"However, she didn’t curl my hair as promised for the reason, 'I don’t want to already.' She also cut and damaged my fringe."

The hairstyle that both parties had agreed on versus An Shi's hair after the photographer's styling: 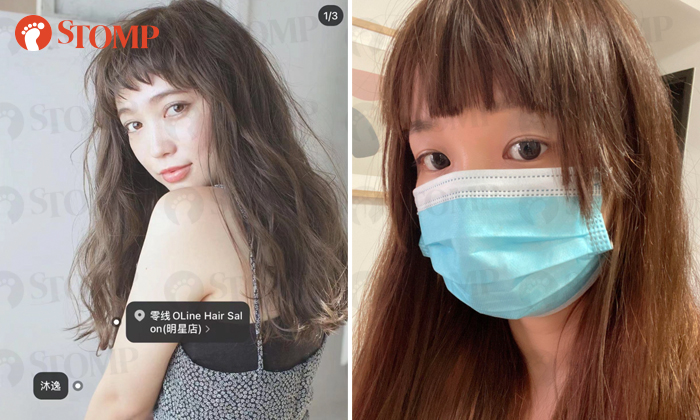 An Shi said: "I gave feedback to the photographer but she rejected to communicate. When I asked for a solution, she simply asked me to post online and blocked me on all communication platforms."

Not only did she find other customers who shared similar experiences, she also discovered that the photographer had posted her crying picture online. 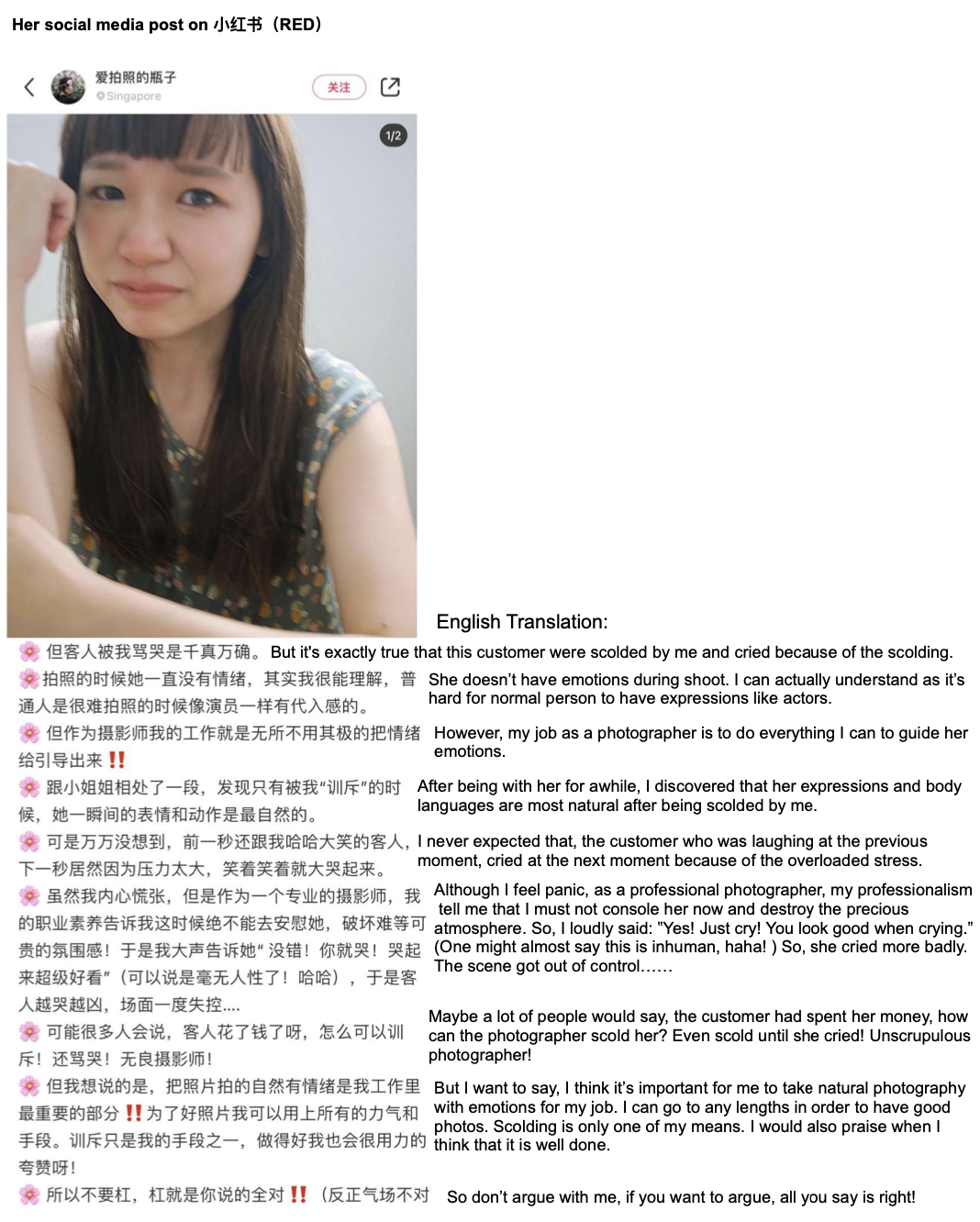 The photographer admitted to scolding An Shi and making her cry, but also explained why it was her job to do so.

In her post, she wrote that the customer did not have emotions during the photoshoot but would display the "most natural" expressions and body language after getting scolded.

She also said she "can go to any lengths in order to have good photos" and that "scolding is only one of my means".

Other customers with similar experiences: 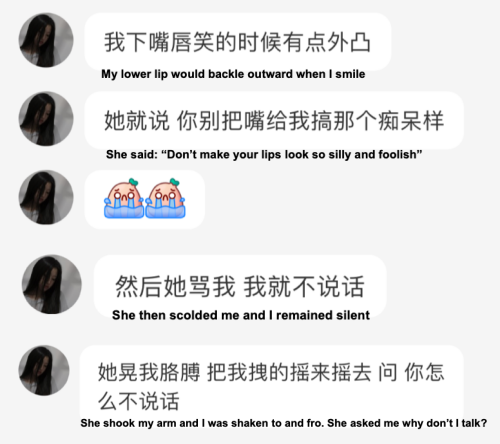 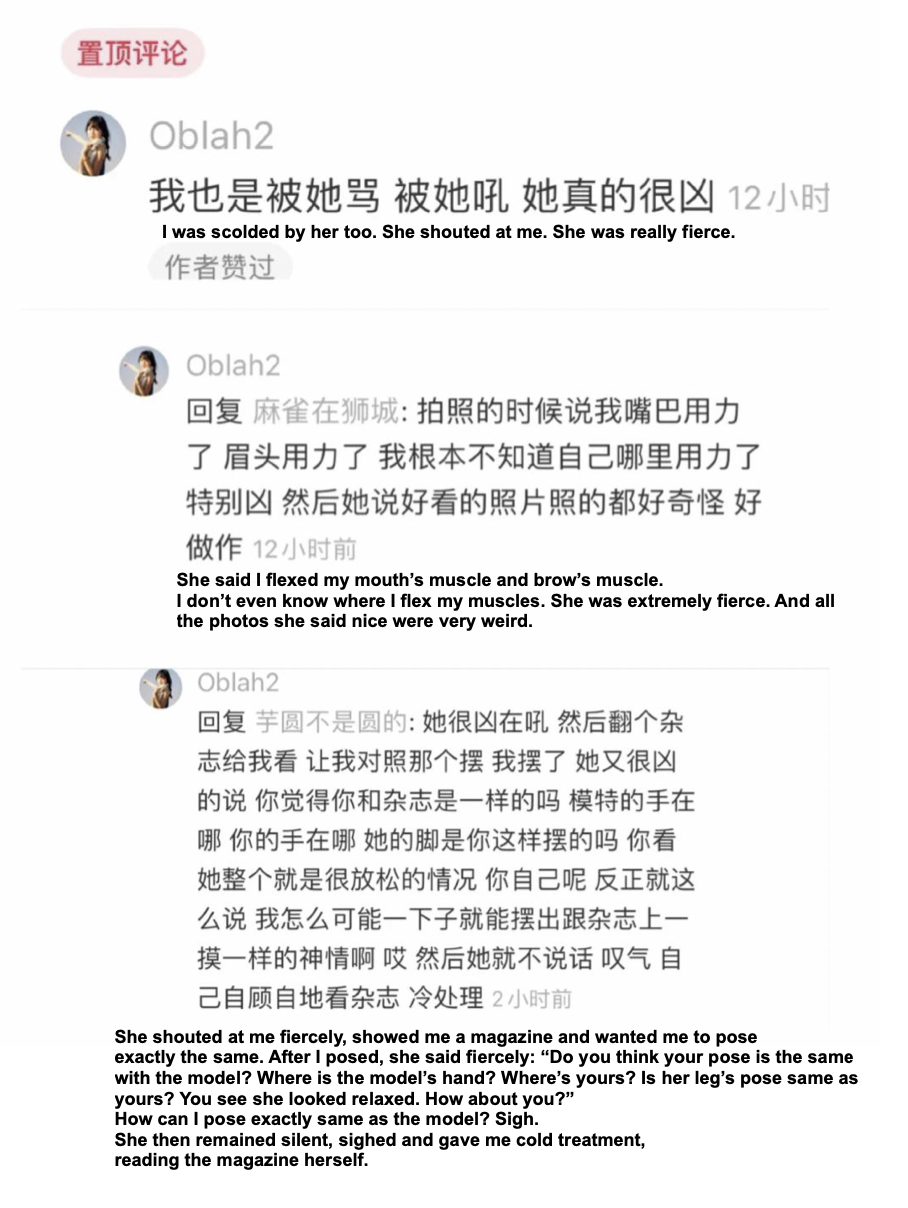 "After I posted my issue on a called Xiaohongshu, I received a lot of feedback from other customers saying that they also received the same treatment from her," said An Shi.

An Shi also shared pictures that her friends had taken of her overseas, which she felt looked much better even though none of them were professional photographers. 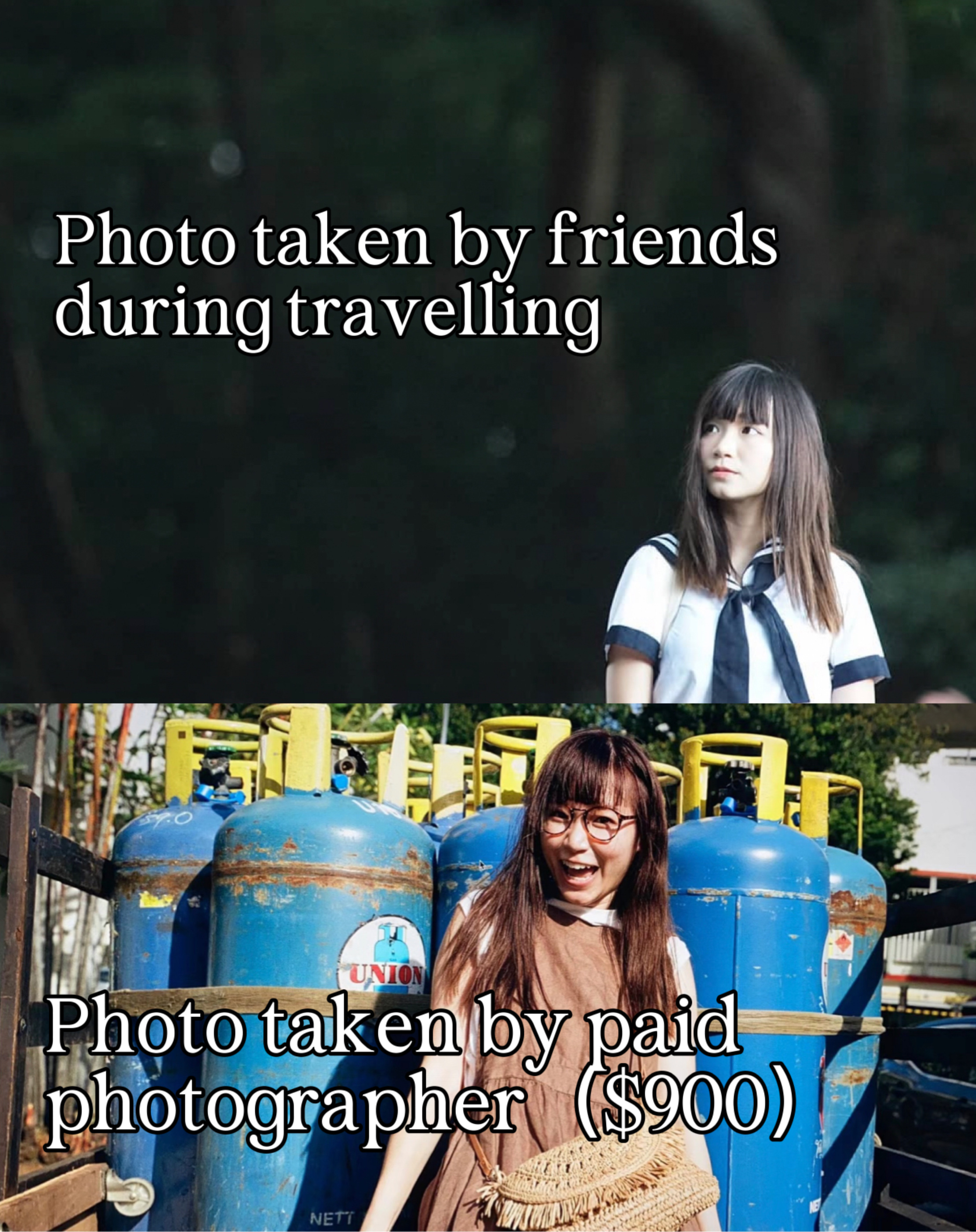 The Stomper said: "All the photos were different from the style that I had hired her for and none of the photos are usable. Neither did I request for photos of myself crying. I was also verbally abused the whole time.

"I hope that more people in Singapore are aware of this so that they can avoid the bad experience that I had."

View more photos and details in the gallery.

Related Stories
Family turned off by $404 CNY dinner at basketball court: 'We award 0.5 stars'
Salon 'blocks' woman on Facebook after she complains of 'crispy' hair from treatment
Woman's manicure goes wrong: "Now I have no nails, no manicure and no money!"
More About:
fail
bad service
expectations vs reality
beauty