Pet Haven still struggling after donations saved it from closure: "We will never put them down" 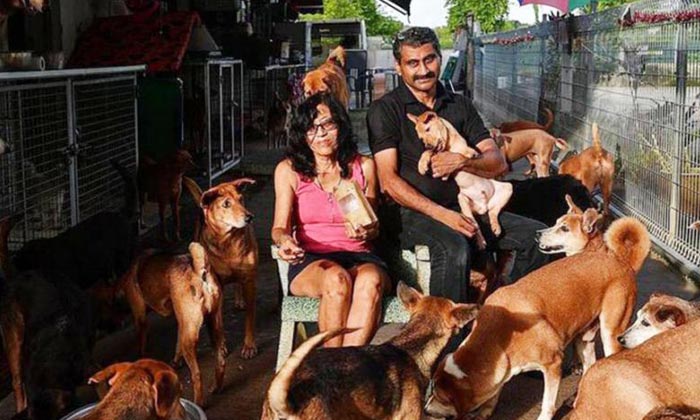 No-kill animal shelter Pets Haven has been saved from closure, but it is still struggling.

Registered as an official entity for animal welfare in 2002 by Ms Cathy Strong and Mr Mohan Div, Animal Lovers League (ALL) created Pets Haven to care for homeless cats and dogs.

The non-profit organisation posted a donation appeal on its social media pages on June 11, seeking to raise $48,000 to cover three months of overdue rent. If left unpaid by the end of June, Pets Haven risked permanent closure, leaving more than 500 animals with nowhere to go.

The shelter has the largest number of strays, and "the fear of forsaking them was depressing", Mr Mohan, 54, ALL's co-founder, told The New Paper.

"There are many reasons why the animals were put in our care. Some have lost their novelty, some had owners who were unable to care for them, some are strays while some are abused, neglected or injured," he said.

"Cathy and I have developed close bonds with all of them. We will never put them down. It is not an option because all animals deserve to live where they are safe and healthy."

Despite its three sources of income - donations, company partnerships and pet sponsorships - ALL struggles because of the sheer number of animals.

ALL and Pets Haven rent 10 units at a monthly cost of $17,000 at The Animal Lodge, a facility in Sungei Tengah.

According to Ms Strong, other monthly expenses include utilities and medical fees, racking up a total of $30,000 in operational costs a month.

Miss Sarah Hadi Devaraj, 31, has been a volunteer and pet sponsor at Pets Haven since 2014. Pet sponsorship is a way for those unable to adopt or house animals to visit and support their needs. They may sponsor a cat for $60 a month or a dog for $130 a month.

Miss Devaraj's responsibilities include cleaning of shelter grounds, mixing food and washing and walking the dogs.

The senior producer and presenter said: "I visit the shelter most days after work... Every day spent without an animal by your side is a day that didn't reach its full potential for happiness."