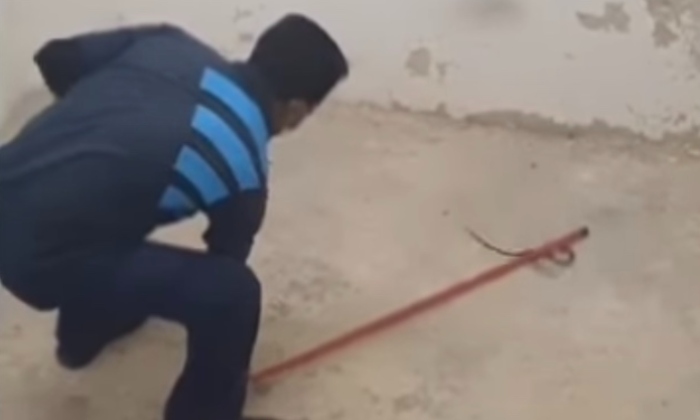 The Animal Concerns Research and Education Society (Acres) has slammed the way a pest control company treated a snake found at a staircase landing in Singapore Polytechnic.

A Stomper alerted Stomp to the circulated video that she saw on social media on Sunday (Sep 20).

The video was posted on Instagram under the handle @sgfollowsall.

In the video, a man from a local pest control company seems to be using a stick to pin the snake down.

"I came across this disturbing video of a small snake being manhandled," the Stomper shared.

"I do not see why the pest control personnel has to use extraordinary force to restrain the animal.

"There is no need for him to use the stick to swing the snake to the wall and press it down repeatedly without the intention of picking it up.

"It is obvious that he is afraid and is not trained to handle snakes.

"He is probably under pressure from his management to remove it.

"Pest control personnel are no doubt experts in handling pests like rats, but are they trained in handling wildlife?

"If he is afraid or uncertain about handling the snake and is worried that it is venomous, he should not have handled it.

"He should have gotten a trained wildlife personnel to handle this for the sake of the handler himself and animal’s safety, as well as students in the school.

"A provoked snake may become defensive. What if this was a larger snake that was being cornered?

"This video obviously emphasises their incapability.

"The relevant agencies such as Acres or the National Parks Board (NParks) should have been called. They have the expertise to handle wildlife.

"Pest control personnel are no doubt good at their job at eliminating pests but when it comes to wildlife, they need to refer the case to the relevant agencies." 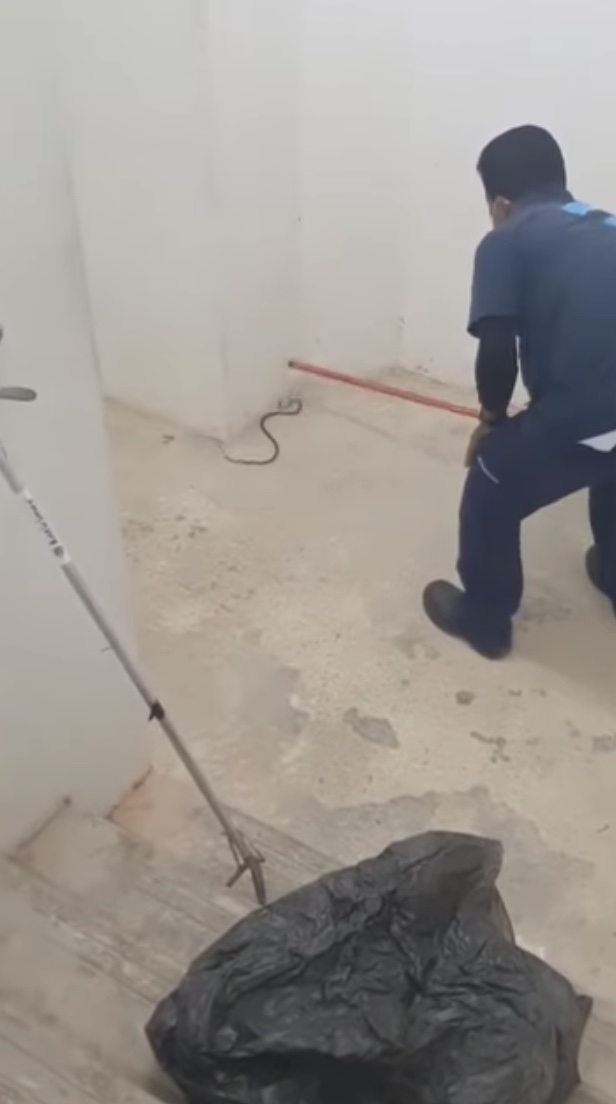 In response to a Stomp query, Mr Kalai Vanan, deputy chief executive officer of Acres said: "This is yet another sad case of a locally protected wild animal being mishandled by pest control.

"We are unable to confirm the species but we gauge from the video, this snake is most likely a type of tree/garden snake.

"The video shows mishandling, due to total lack of knowledge on handling this situation.

"The trash bag indicates that the pest control officer was potentially using it to contain the snake.

"We have come across countless animals dying from suffocation from use of trash bags to contain such animals. Using a stick to pin/hit/subdue such a tiny snake can easily kill or injure.

"We hope the authorities investigate this matter seriously like they will for other protected wildlife. Again, we are only aware of this situation because the video surfaced.

"Such poor handling creates unnecessary fear among the public instead of raising awareness about our wildlife.

"It also shows how the pest control officer has likely been forced into doing something he is not comfortable with.

"This turns into a vicious cycle of wild animals being treated as pests, resulting in more such situations of pest control officers being forced to handle a wild animal situation out of fear.

"Like what minister Desmond Lee rightly said during the Festival of Biodiversity earlier this month, about all of us being stewards and custodians of our native biodiversity, our local wildlife should be cherished and handled by people with expertise and compassion.