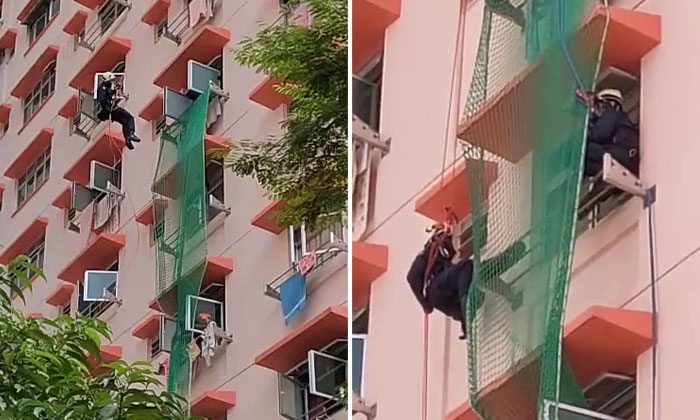 A person was taken to hospital after he was rescued from Block 447A Bukit Batok West Avenue 9 on Friday afternoon (June 19).

In video clips she uploaded, Disaster Assistance and Rescue Team (DART) officers from the Singapore Civil Defence Force (SCDF) are seen rappelling down the block.

Police were also observed at the scene and the area around the block was cordoned off with tape.

Stomp understands a dispute involving a couple occurred at the said location.

In response to a Stomp query, the SCDF said they received a call for assistance at 1.30pm.

"SCDF deployed nets and DART rescuers rappelled from the unit above as a precautionary measure," an SCDF spokesman said.

"A person was conveyed to Ng Teng Fong General Hospital by an SCDF ambulance."