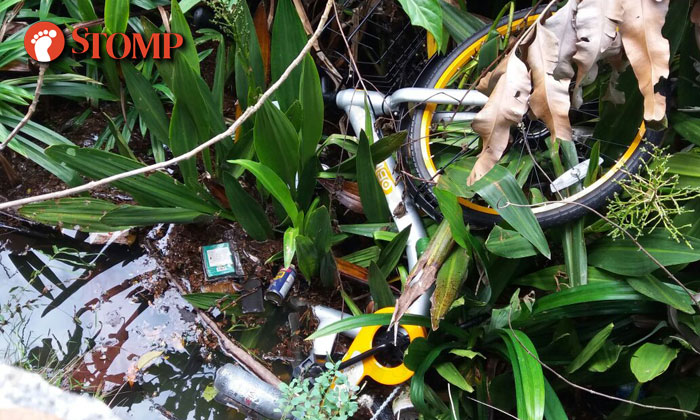 Stomper Yong Seng was shocked when he found an oBike that had been thrown into the lake at Bukit Batok Town Park.

"How mean can people get?" asked the Stomper.

The bikes were badly dented with broken parts strewn all over the area.

Indeed, ever since bike-sharing has been introduced to Singaporeans with the entrance of ofo, oBike and Mobike, there has been a rampant abuse of these bicycles islandwide.

These bicycle sharing services for the public here should be a good thing but many are disappointed at the selfish few who are mistreating these bicycles.

Netizens have slammed the selfish behaviour of these users who are not working to make the concept work with others.