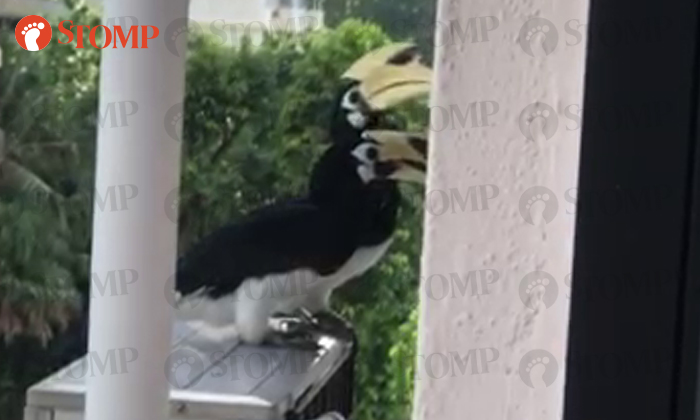 Hornbills are magnificent animals that we do not get to see all the time, unlike their fellow avian counterparts.

Stomper Darren, a resident at Laguna Park in Marine Parade Road, was awed when he saw a pair of oriental pied hornbills chilling on his air conditioner compressor a few weeks ago.

This was the second time that hornbills have visited him at home, said Darren.

He told Stomp: "Some years ago, I was telling a story about how a relatively big-sized bird was chilling on my aircon compressor outside my window, but not many people believed me.

"There had been a banging noise which I thought was from some renovation works above, but it sounded too vivid and nearby! And there it was again, but this time I realised that the banging was on my window!"