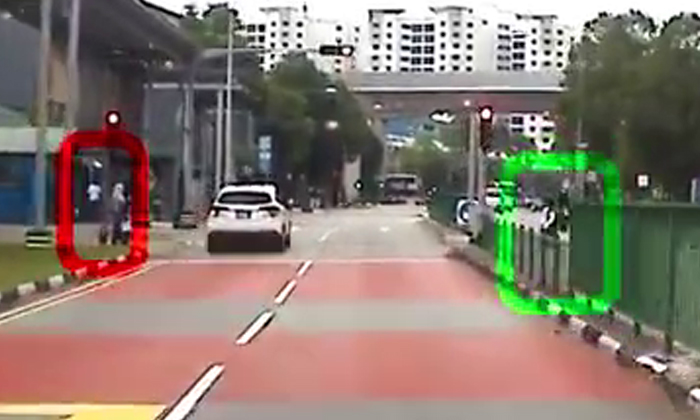 A car driver was caught on camera beating the red light, despite pedestrians -- including young students -- already in the midst of crossing the road near Jurong West Primary School.

According to SG Road Vigilante which posted a video on its Facebook page, the incident occurred along Jurong West Street 61 on Tuesday afternoon (Oct 9), at around 2.23pm.

Jayden also described the video: "A private-hire vehicle (PHV) driver can be seen accelerating away from a traffic light into a school zone.

"It then continued to speed through a red light, which is right in front of the entrance of Jurong West Primary School!

"We then see two young boys already crossing the pedestrian crossing on the far side and approaching the speeding car!

"Worse, we can see a mother who was standing by the road side ready to cross to the other side, reaching out with her hand to pull her young child back and stopping her from proceeding to cross.

"Although I long knew that beating a red light attracts a penalty of 12 demerit points (half of the allocated 24 points), I'm surprised to learn that the same offence, when committed in a school zone, attracts one extra point, making it an unlucky 13 demerit points in total.

"It looks like the police take an extra stern stand against such reckless driving behaviour."

Related Stories
Little boy does everything right when crossing road -- but van driver fails to stop for him
Students raise hands while crossing road... but have close call with driver who speeds past them
13-year-old girl sent flying after being hit by car is a warning to all jaywalkers
More About:
students
reckless driving
dangerous
pedestrian