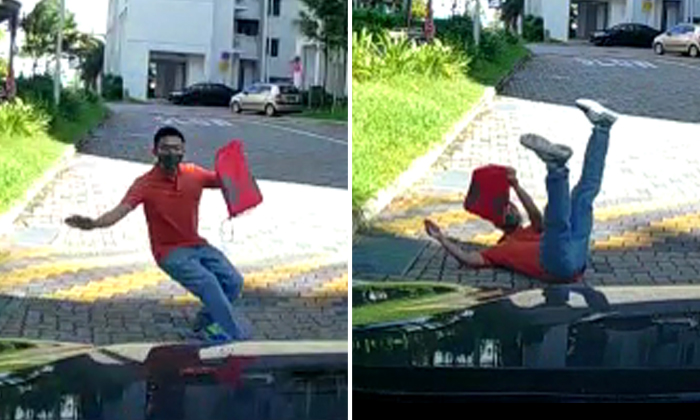 A pedestrian was caught on camera falling onto the ground not once but twice like he had been in an accident.

The problem? There was no collision.

In the one-minute video, a man can be seen walking along the road in a Housing Block (HDB) estate and noticing an oncoming car behind him.

He then dramatically falls to the ground and lies down with all four limbs outstretched, even though the car did not hit him.

The man is seen getting back up on his feet and appears to continue walking, only to tumble to the ground again with his feet raised high in the air.

Netizens have reacted in amusement to the video.

Some felt that the pedestrian might have been drunk while others speculated that his antics were part of an accident scam.