Pedestrian dies in hospital after allegedly getting hit by motorcycle, biker arrested 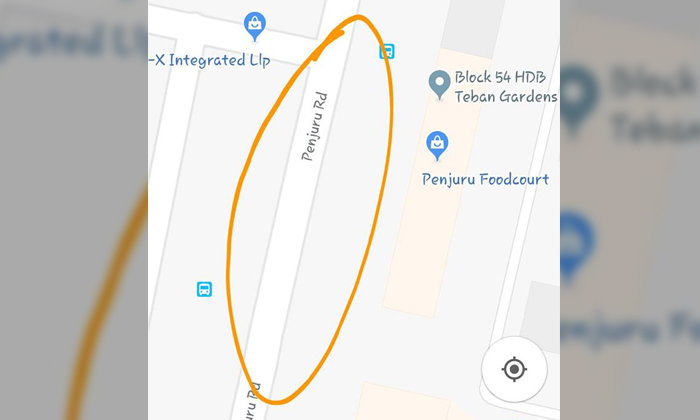 A 47-year-old man who was knocked down by a motorcycle along Penjuru Road on May 16 died in hospital four days later on Sunday (May 20).

In response to a Stomp query, the police said they were alerted to the accident, which occurred at the junction of Penjuru Road and Teban Gardens Crescent, at 6.15am.

The pedestrian was unconscious when taken to Ng Teng Fong General Hospital, where he subsequently succumbed to his injuries.

The motorcyclist, a 40-year-old man, was arrested in relation to the case.

The victim's family has taken to Facebook to appeal for eyewitnesses and video footage of the accident "which can tell us what had exactly happened".

"My uncle was knocked down by a motorbike while crossing the road and is currently in serious coma," Ms Cheryl Ng wrote in her May 18 post.

We are looking for eye witnesses or footages from dash cameras of nearby vehicles at the scene of accident...

"The case is currently under investigation, but we family members would like to reach out to the public to seek the truth.

"We sincerely plead the public to help share this message around to let us, family members, know the truth."

The victim's sister, Ms Joycelyn Soh, later said in a post on May 19 that her brother had died.

She wrote that she had sent her brother into the operating theatre with "immeasurable sadness and sorrow that no words can describe", adding: "You are our hero, we will always remember you."