Pedestrian dies after getting knocked down by taxi at Boon Keng Road, cabby arrested 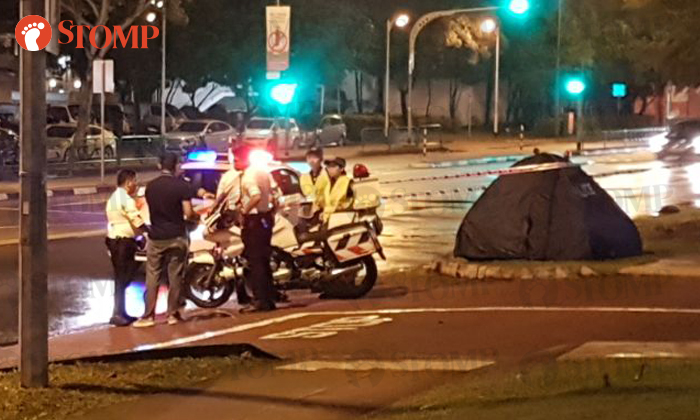 A 53-year-old man died after getting knocked down by a taxi along Boon Keng Road yesterday night (April 14).

In response to queries by Stomp, the police said they were alerted to an accident involving a pedestrian and a taxi at 9.28pm.

The victim was found lying motionless and was pronounced dead by paramedics at scene.

The taxi driver, a 45-year-old man, was arrested for causing death by a negligent act.

Stomp understands that the cabby had been turning right into Boon Keng Road, towards Towner Road, when he hit the pedestrian, who was crossing the road.

Stomper Rayyan passed by the accident site at around 9.30pm while Stomper Koh said he was there at about 11pm.

Photos they contributed show a death tent at the scene.