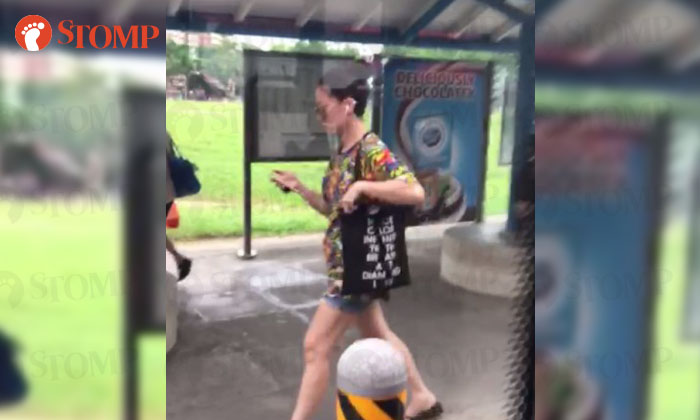 Stomper Lau Lup had the pleasure of seeing Patricia Mok for the third time yesterday (Nov 13) on bus service 161.

He had seen her twice before on Sep 12 this year and on Nov 17 last year, both of which were on the same bus service too.

Lau Lup was seated in the middle of the bus, facing the entrance, for about 10 minutes before he noticed a woman wearing a bright red shirt walk past him.

At first, Lau Lup said that he was unsure who the woman was because her face was covered by sunglasses.

He said: "I saw the red coloured shirt, then I saw large sunglasses and a familiar hairstyle. I added it all together then I knew that it was Patricia Mok.

"Out of all the commuters, her shirt was the most eye-catching to me because of its cartoon print and its loud colour."

"In order to confirm that my suspicions of her being Patricia Mok were right, I took a video of her alighting the bus," he added.

She alighted at a bus stop near Hougang MRT Station.

"It is really such a coincidence. This is my third time seeing her on the same bus already," Lau Lup added.