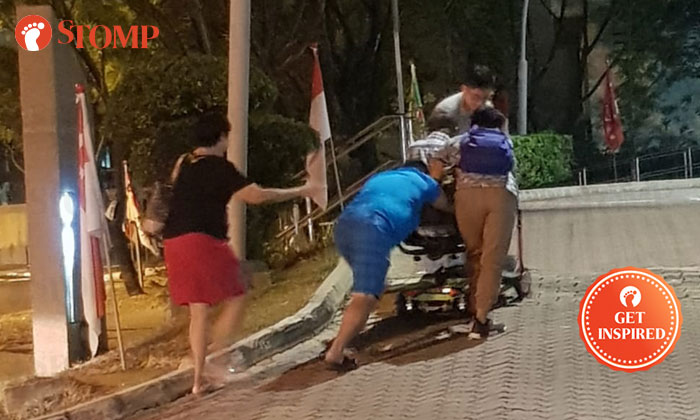 Stomper Adriel was heartened when he saw a group of strangers band together to help an elderly man riding a personal mobility device (PMD) stuck on a slope.

"I think the uncle's PMD ran out of battery causing him to be stuck on the slope," he said.

"It started with one person trying to push the uncle but as I was about to get out of my car, another three people ran to help the uncle."

Adriel added that a queue of cars had formed as motorists waited to enter the carpark.

He shared photos of the heartwarming sight with Stomp.

In the photos, three men are seen pushing and pulling the device up the slope leading to the HDB carpark.

A woman is seen trailing behind and gesturing.

Together, they managed to get the elderly man to the top of the slope.

"It feels very good to see this," said Adriel.

"It's good to see the spirit of kindness is still around."