Passer-by helps elderly man off the ground outside coffee shop 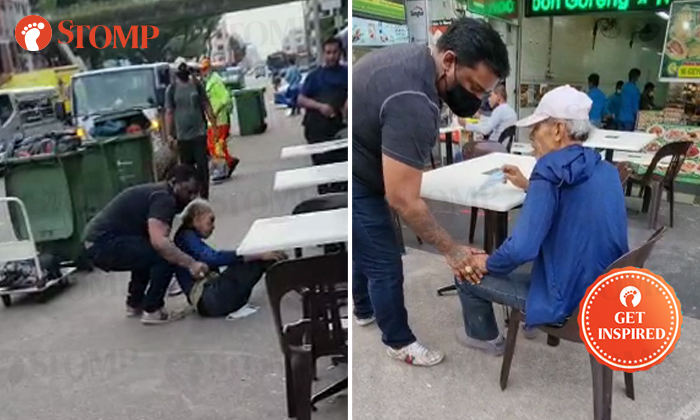 A passer-by was seen helping an elderly man who had fallen onto the ground, and treating him with tenderness and kindness.

The Stomper said the incident occurred outside a coffee shop in the Tekka area last Friday morning (July 16).

He shared: "An elderly man was lying on the ground outside the 24-hour coffee shop.

"There were many people passing by and I also asked the coffee shop staff if they could help, but it's sad to know that no one did.

"They said maybe the old man was drunk. However, it's a terrible idea to let a drunk person 'sleep it off'.

The Stomper said he was touched by the interaction between the two men and took a video.

He added: "The old man showed his gratitude by touching the guy's leg. It was very sweet and touching the way the gentle man reacted towards the old man.

"Kudos to the gentle man. I appreciate your kindness."