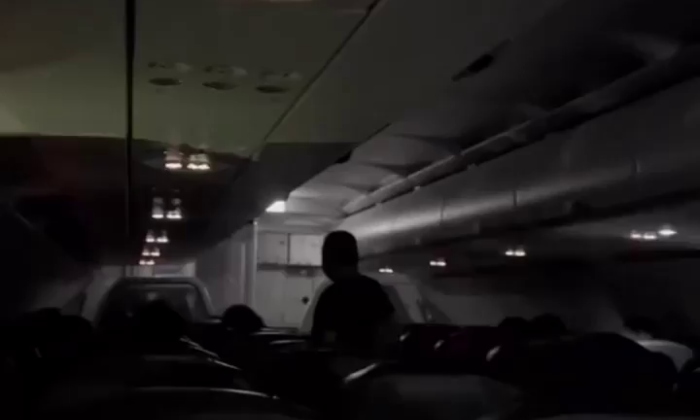 A blackout on a plane?

Passengers were stuck on an AirAsia plane reportedly for half an hour without electricity and air-conditioning at Changi Airport on Saturday (Sept 10).

A video of the incident posted by Singapore Incidents at first shows passengers seated in the dark cabin with most of the lights off.

The video then cuts to the passengers standing and looking like they were waiting to deplane with the lights turned back on.

The subtitles in the video said that people were "stranded inside the plane for almost 30 minutes due to electrical fault, causing the door not to open".

But someone commented on the video that the plane door is operated mechanically, not by electricity.

Stranded inside AirAsia plane with no electricity and aircon

"The technical matter, caused by a power cable connection issue that resulted in the ground electrical equipment unable to supply the aircraft electrical system, was rectified as soon as a replacement ground power equipment was provided.

"The safety of our guests and crew is always the number one priority and was never compromised."

Related Stories
'Kiasu' premium economy passengers rush for luggage while SIA plane is still taxiing
'Who said you could have a child?': Korean man curses woman over crying baby onboard flight
Singaporean man gets flak for strumming guitar and leading songs of worship onboard flight
More About:
Passengers
AirAsia
plane
Changi airport