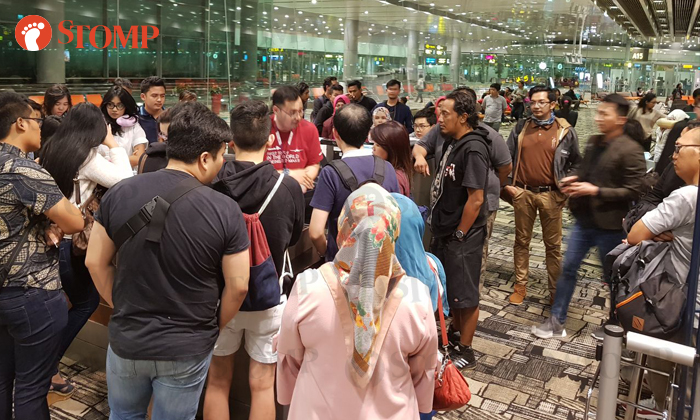 Stomper S, one of the flight's passengers, said the flight was originally scheduled to be on Dec 1 at 9.20pm.

He had been at Terminal 3 since 8pm yesterday and reached out to Stomp today morning (Dec 2) at about 7am to share his ordeal.

He told Stomp: "The flight was first rescheduled to 11pm, then rescheduled again to 1am today. At 1.20am, passengers boarded the plane and were on it for around one to two hours, then told to get off again.

"Some of the problems cited were aircon problems and that plane was too heavy."

According to S, passengers were not provided with alternative accommodation, though they could 'offload'.

"This is worse than the Jetstar delay, because no accommodation was provided. Passengers were told that they could offload (meaning go through immigration again, collect their luggage and reschedule)," added the Stomper.

S said he checked in again at 7am today for a flight scheduled to take off at 9.20am.

It was earlier reported that passengers on a Jetstar flight were stranded at Bangkok's Suvarnabhumi Airport for nearly 24 hours after their Nov 29 flight was postponed.

Stomp has reached out to Lion Air for comment.