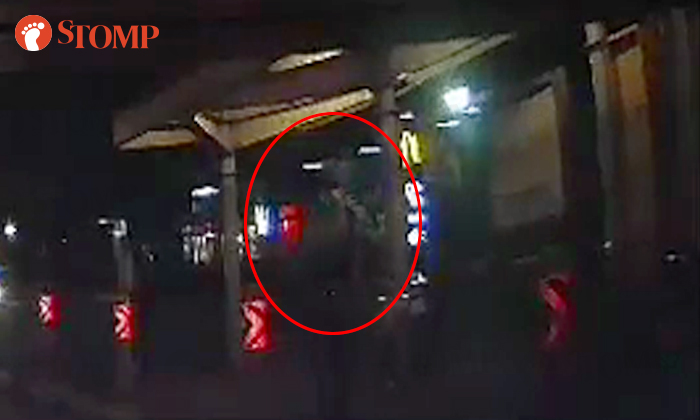 Two passengers were left horrified after an unknown man rushed towards the Grab car that they had just boarded and tried to forcefully enter the vehicle.

Stomper Ben, the Grab driver, shared a video of the incident that occurred in Jurong on December 31, at around 3.43am.

"As seen in the video, a man followed them and tried to forcefully enter the rear passenger seats where my passengers were.

"They were shocked and screaming so much with fear as they didn't know the man.

"He can be heard scolding vulgarities and my passengers managed to lock the rear door, so he went to my front passenger door and tried to get in.

"I shouted at him, which scared him a little. He slammed my front door real hard."

Ben said that he left the scene as soon as possible for the safety of his passengers, adding: "The whole incident lasted about 50 seconds and the police were called."

In the video submitted by Ben, the unknown man, who is carrying a sling bag, can be seen rushing towards the vehicle. Loud screams are heard.

In response to a Stomp query, the police said they received a call for assistance at 1 Yuan Ching Road at 3.52am.

"No assault or threat took place," they added.

No further police assistance was required.