Passengers blast music on portable speaker and sing along on NEL train: 'They were so noisy' 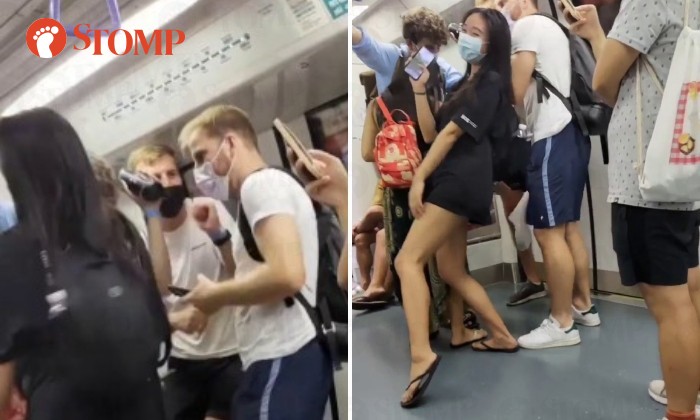 A group of passengers was caught on video singing along to the song Replay by British Virgin Islands singer Iyaz played on their speaker on the MRT train.

A Stomper who shared the four-second video said it happened on the North-East Line on Dec 27.

The video shows two men and a woman bopping to the song with the woman even busting out a dance move. Another man can be seen holding up a wireless portable speaker.

"Most of the people were looking at them. I feel that they must respect the other people inside the train because they were so noisy."

In 2021, two men were investigated by the police for affray after fighting on a train. The cause of their dispute? One of them was apparently playing music too loudly.

In 2019, a man got into a heated argument with a commuter who was blasting music on a train. The commuter, who had been asked to lower his volume, shouted back: "I'll cut your penis!" and threatened to "cut your bloody throat".