Passenger tracks phone misplaced on cab to Bishan, only for it to get turned off 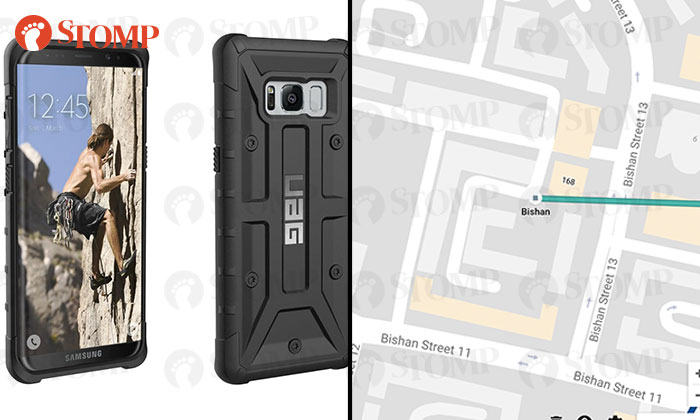 After reaching home at around 5am, he realised that his phone was missing and decided to give it a call, in the event that someone might have gotten hold of it.

According to Wayne, he made the call with another spare phone, and it rang two times, before going dead.

As the phone was tagged to his Google account, Wayne was able to track it, and found that the cab along with his S8, had traveled from Hougang where Wayne alighted, to a petrol kiosk at Ang Mo Kio Avenue 3, and finally to Block 168, Bishan Street 11.

It was at Bishan Street 11 where Wayne lost track of the phone, which Wayne suggested could be due to his phone getting switched off.

When asked if it could have been his phone running out battery, Wayne said:

“That’s quite impossible since the battery was at more than 60 percent before I misplaced it.

“Someone must have turned it off.

“I’ve been trying to track it ever since, but since Google will only be able to track the phone if it’s on, I haven't been able to."

Wayne has since lodged a police report, adding:

“To the person who has my phone now, please kindly return it to me.

"It's a black Samsung Galaxy S8+ in a black UAG cover.

“As long as the phone comes back to me, everything is fine.”

If you came across the phone, please email Stomp at stomp@stomp.com.sg or WhatsApp 9384 3761.

Related Stories
Facebook user who found woman's lost laptop: Stomp will be arranging for them to meet
Did you lose your key in East Coast Park?
Is this Mercedes ignition key yours? It was found near a bus stop at Jalan Jurong Kechil
More About:
phone
lost
lost and found