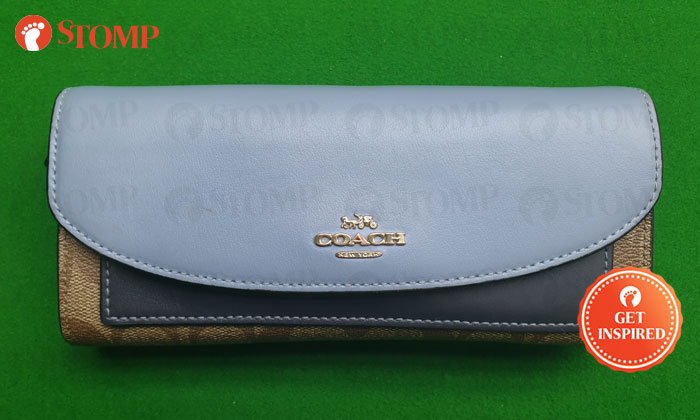 Stomper Gladys is incredibly grateful for the kindness shown by a GrabHitch driver who went out of his way to return her wallet she accidentally left behind in his car on Jan 18.

She had booked a ride from Woodlands to her workplace at Geylang Lorong 23 at about 3.30pm that day and in her rush to get to work, she didn't realise she had left her wallet in the car.

"Ten minutes later, I received a call from Alex," she told Stomp.

"He told he was the GrabHitch driver who gave me a ride to Geylang and checked if I had left my wallet in his car.

"This was when I realised I had lost it.

"He then verified the brand and colour of it to ensure it was mine.

"I asked him where he was so I could meet him to collect my wallet but he offered to bring the wallet to me at around 9pm."

Gladys said that while waiting to get her wallet back, she was telling herself she would be fine if the money in the wallet was gone.

However, she was surprised to find all her cash and card inside.

"We had a small chat and I asked him how he got my number.

"He said that he gave me a ride before and we had exchanged details while talking about amulets.

"I feel really blessed and appreciate how Alex went the extra mile to drive to Geylang from his office to return me my wallet during his break time."