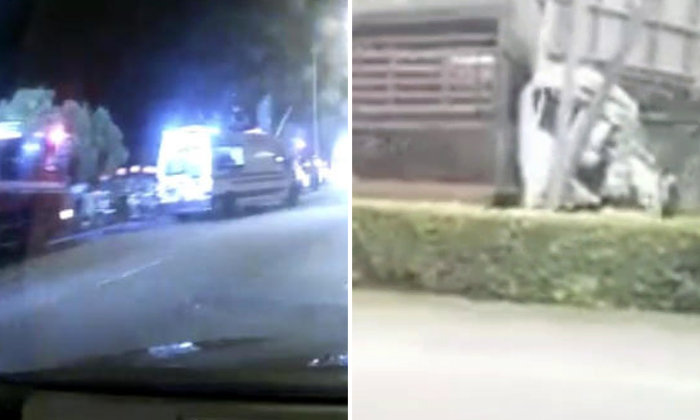 A 29-year-old man died after an accident between two lorries on the Ayer Rajah Expressway (AYE) on Friday night (Dec 14).

In response to a Stomp query, the police said they were alerted to the accident, which occurred towards the Marina Coastal Expressway and near the Jurong Town Hall Road exit, at 11.37pm.

"One of the passengers, a 29-year-old man, was unconscious when conveyed to National University Hospital, where he subsequently succumbed to his injuries," added a police spokesman.

Stomp understands that the two lorries had been changing lanes at the same time, when one collided headfirst into the rear of the other.

The lorry in front was then sent crashing into a road sign. It can be seen with its front mangled in a video that was posted on Facebook.

One of the lorry drivers, also aged 29, was arrested for causing death by a negligent act.

Stomp understands that he and the deceased were both from the lorry at the back.

According to Lianhe Wanbao, he and another two men from the other lorry were not injured.