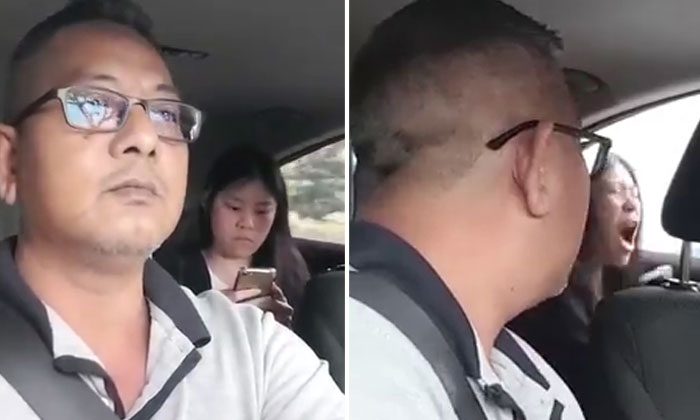 Gojek said a 'fair outcome' has been reached for the Gojek driver and his passenger. Read the full story here.

A woman was caught on video kicking up a fuss and accusing a private hire driver of "kidnapping" her and "holding her hostage" while he was driving her to a police station because she refused to pay for Electronic Road Pricing (ERP) charges.

He had picked the woman up at Bishan at around 7.10am to drive her to Coleman Street.

However, they soon entered a dispute over the car fare after she told him she did not want to pay for the ERP charges en route to her destination.

Kamaruzzaman started recording the video after he decided to drive her to the nearest police station to settle the matter.

In the video, she is heard saying, "It's clear you're out to cheat me."

She insisted that she travels the route every day and has never had to go through an ERP gantry.

The driver insists that it is not possible, then tells her that he might not know it so she should tell him how to go.

However, she tells him she believes he knows the route but refuses to take it.

Tired of arguing, Kamaruzzaman tells her she can call Go-Jek to complain but for now, he will take her to the police station to settle the matter

He adds that she should have taken the bus as it is cheaper.

At around the two-minute mark, she moves behind the driver's seat so that she can't be seen on video.

She tells Kamaruzzaman that he has no right to record her to which he responds in disbelief: "I have no right to video you, then you can video me?"

She is then heard talking on the phone to someone telling them that she is being brought to Toa Payoh Neighbourhood Police Centre.

"I think he's a very rogue and dangerous person," she says.

She then gets the woman on the other line to talk to Kamaruzzaman. The other woman threatens him and tells him that she has a location lock on the passenger's movements and that "if anything happens to her", she knows where she is.

In response to accusations that he is driving dangerously, he tells the passenger and the woman on the phone that he has an in-car camera as evidence that will prove otherwise.

The woman on the phone insists that he listen to her and tells him, "You have no right to take her hostage".

She then tells him to let her go.

Soon after, they approach a man believed to be a Certis Cisco officer.

The woman winds down the window and tells the officer for help and that she has been taken hostage.

Kamaruzzaman explains what has happened and tells him he just wants to take her to the police station. The officer tells him where to go but the woman starts getting hysterical.

She accuses the driver of locking the door and not letting her out.

When he disables the auto-lock, she jumps out of the vehicle and shouts, "Are you crazy?"

Kamaruzzaman insists that he did not lock her in on purpose and that the door was on auto-lock.

The officer repeats what Kamaruzzaman said and tries to calm the woman down.

Netizens have slammed the woman's behaviour.

They also praised Kamaruzzaman for remaining calm despite the situation. 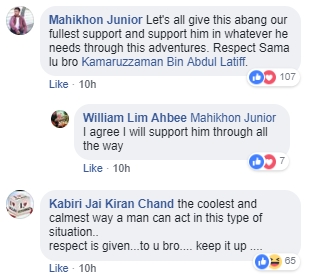