Pasir Ris HDB block lift breakdown: 'My pregnant wife had to climb up to the 11th floor' 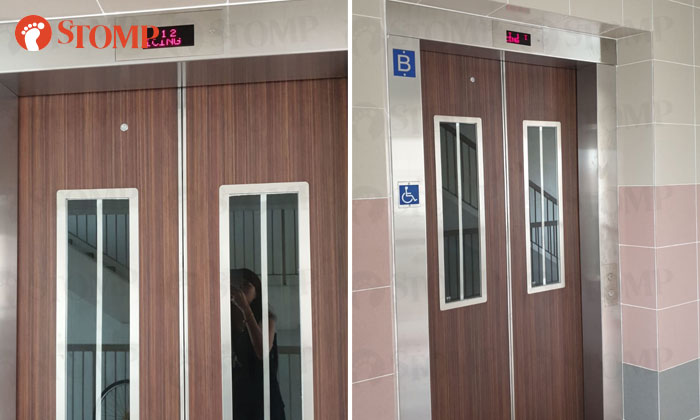 Several residents of Block 569 Pasir Ris Street 51 were stranded at the void deck of the block after the only working lift broke down on Thursday afternoon (Nov 21).

Stomper Jason, a resident at the block, alerted Stomp to the incident.

"The lift was down from 1pm and was spoilt for the entire afternoon," he said.

"There is only one lift as the other lift is undergoing upgrading works.

"Many aunties and the elderly using wheelchairs could not go home.

"Parents with prams could not return to their homes either.

"It caused a great inconvenience to pregnant ladies and the elderly."

Jason told Stomp that his wife, who is seven months pregnant, ended up having to climb the stairs all the way up to their unit on the 11th floor.

"She needed to use the toilet and go home to rest," he said.

Jason added that a few delivery guys were stranded at the void deck as well.

"We called the Essential Maintenance Service Unit (EMSU) but they told us they cannot do anything.

"We tried calling the town council but the office was closed."

In response to a Stomp query, a spokesman from Pasir Ris-Punggol Town Council issued the following statement:

"We would like to extend our apologies to our residents for the inconvenience caused.

"Upon notification of the lift incident at Block 569 Pasir Ris Street 51, the Town Council deployed the lift technicians to attend to the affected lift immediately.

"The RC manager from the Coral Ris RC also went to the lift lobby at 5.40pm and informed us that there was no one waiting at the lift lobby."