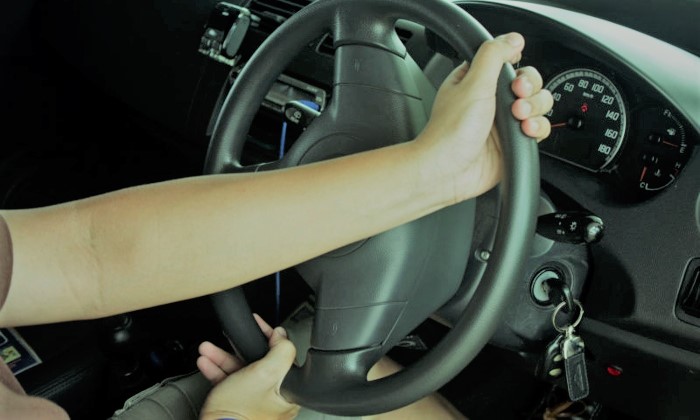 A part-time Grab driver who failed to spot an elderly man crossing the road crashed into him.

The victim, 82, died from his injuries.

On Friday (May 27), Kwa Choon Eng, 67, was sentenced to nine weeks' imprisonment and disqualified from holding and obtaining all classes of driving licences for eight years after his release.

Mr Lee Hoi Pong was standing on a grass verge beside the road and crossed without looking out for oncoming traffic.

Deputy Public Prosecutor Ng Shao Yan told the court that Kwa was driving without due care, failed to keep a proper lookout and did not notice Mr Lee.

After feeling an impact on the front of the car, Kwa stepped on the brakes and reversed. He got out of the car and saw Mr Lee lying on the road.

A passer-by turned up to help and Kwa saw that the victim was unconscious. He waited at the scene for the ambulance to arrive.

Mr Lee was observed to be bleeding from his nose and mouth, with a dark colour around his eyes, which was found likely to be consistent with a skull fracture.

He was taken to Ng Teng Fong General Hospital but suffered cardiac arrest on the way there.

Resuscitation efforts were eventually stopped in the hospital at around 9.40am.

For driving without due care and attention and causing death, Kwa could have been fined up to $10,000, jailed for up to three years or both.