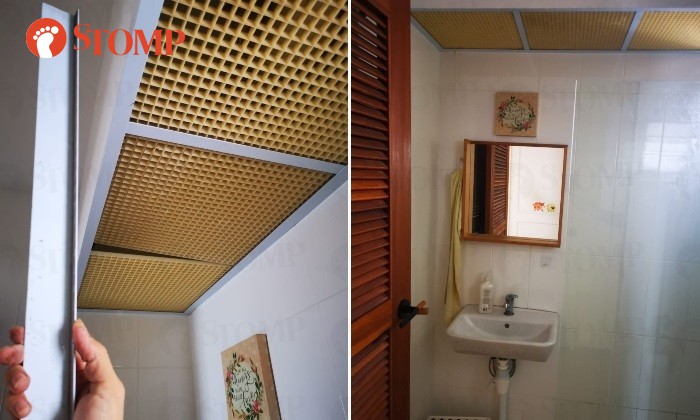 Are false ceilings becoming a hazard at home?

Last week, a 100kg false ceiling in the master bedroom fell on the beds where a family could have been sleeping on in Queenstown. Luckily, no one was hurt.

Stomper Jerry shared that on June 9, a part of the false ceiling in his Ang Mo Kio HDB toilet had fallen at the spot where his seven-month-old baby was minutes earlier.

He recounted: "I had just bathed my baby and brought him out of the toilet when I heard a deafening crash and my wife screamed.

"I ran to the toilet and found her staring at a metal bar on the floor in shock. It had fallen out of the false ceiling in the toilet because it was too short to stay balanced on the ledges made for it. 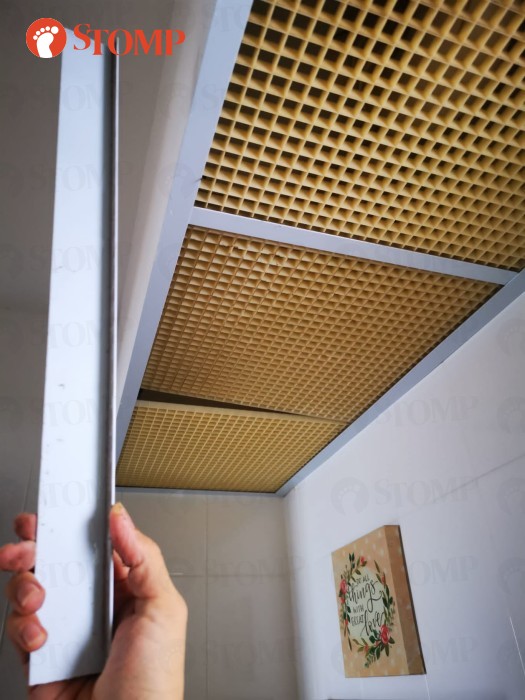 "Our baby's head was at that very spot a few minutes ago. It could have caused irreversible harm or even fatal harm to him. We would be terribly grieved if it happened."

Jerry, who has lived in the flat for four years, said that he has since put the metal bar back in its place, securing it with Scotch tape.

"If it doesn't move, it can balance on the ledges made for it. It fell that day probably because it slowly got blown out of place by wind coming in from a nearby window," he told Stomp.

"This is not the first time actually. Over the past four years, it's happened three times. But this time, because we now have a newborn, and it was such a near miss, we realised that it can actually endanger young children's lives.

"After this incident, I stuck down all the metal bars in the false ceiling to make sure it doesn't happen again."

Should you check your false ceiling too?

Related Stories
'No home to return to': Mum after 100kg false ceiling collapses in master bedroom
Part of false ceiling falls from building in NTU, no injuries reported
Town council apologises to woman hit by ceiling board that fell from Yishun sheltered linkway
More About:
false ceiling
HDB
close shave
near miss