Part of false ceiling falls from building in NTU, no injuries reported 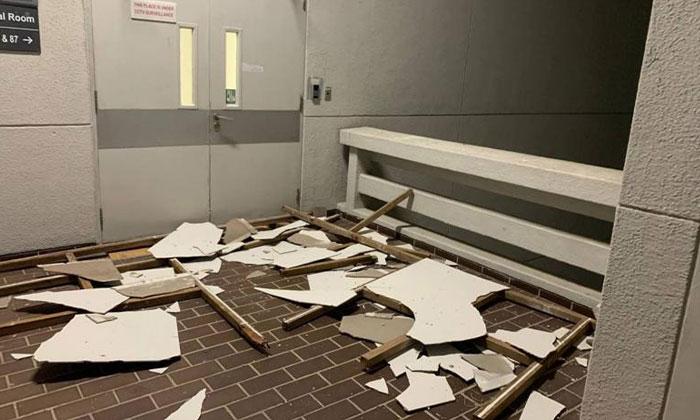 Part of a false ceiling on the fourth storey of a building at Nanyang Technological University (NTU) collapsed on Monday (Feb 14) night, with chunks of debris falling onto a walkway used by students.

When contacted on Friday (Feb 18) by The Straits Times after it received photos from a student of the incident, an NTU spokesman said no injuries were reported and that the building remains structurally sound.

The student said the collapse happened at around 7.40pm.

The spokesman noted that the defect on the false ceiling had been detected during a routine inspection a few days prior to the incident.

"The area beneath it was immediately cordoned off, while arrangements were being made to check the ceiling with the required manpower and equipment to reach the height, and to remove the false ceiling, if necessary.

"However, the false ceiling gave way before the investigation could take place," the spokesman said.

The student, who e-mailed the pictures to ST, said that although a walkway in the level B3 carpark had been cordoned off before the Monday collapse, another walkway on B1 was not initially.

The B1 walkway is widely used for access to other buildings and seminar rooms.

The student, who declined to be named, added that the area cordoned off on level B3 may not be adequate, as debris had scattered beyond the area.

Voicing concern over the risk of danger from the remaining parts of the false ceiling, she said: "NTU has been very fortunate but... its luck may run out, and a student or member of the public may get injured."

A communications studies student, 23, who declined to be named, said although the incident was worrying, she trusts that the school will step up safety checks.

"Now that this has happened, I'm sure maintenance works will be done to similar ceilings in other buildings around campus so that nobody gets hurt," she added.

The NTU spokesman said the area where Monday's incident happened remains cordoned off and repairs are under way, adding: "To ensure safety across all our buildings, similar false ceilings in other parts of the campus are being checked." 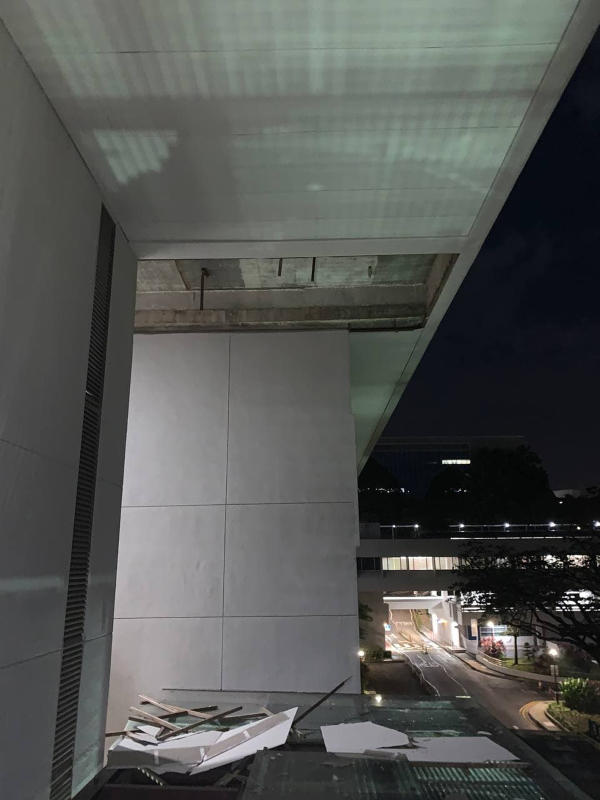 The defect on the false ceiling had been detected during a routine inspection a few days prior to the incident. PHOTO: ST READER