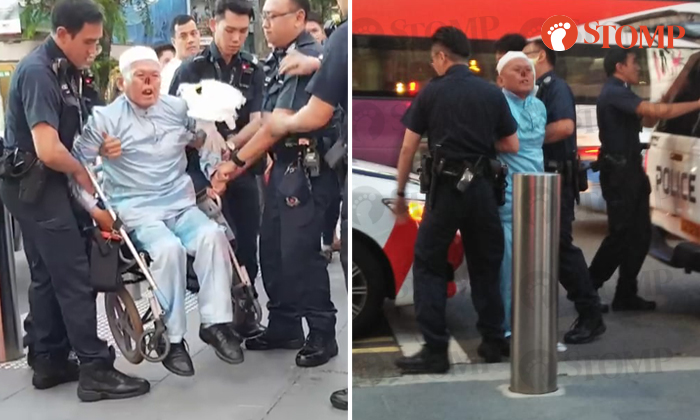 Former businessman Zeng Guoyuan, who is better known as 'Parrot Man', was arrested along Orchard Road on Saturday (Aug 25) for disorderly behaviour.

Stomper Shahril was near Mandarin Gallery at around 5pm when he witnessed the arrest.

He said: "The man was being taken away by a group of police officers and can be heard saying, 'ouch, ouch'."

In response to a Stomp query, the police said they were alerted to "a case of a man who was verbally abusive towards another man along Orchard Road at about 5.40pm."

Added a police spokesman: "The 64-year-old man shouted loudly and caused a ruckus when approached by police officers.

"Despite several warnings given by the officers, the man persisted in his actions in a public place. The man was subsequently arrested for disorderly behaviour."

Stomp understands that Zeng had been playing music loudly on speakers and was allegedly creating a nuisance in a busker's designated area along the shopping belt.

When told that his music was too loud and asked to lower down the volume by the other man, Zeng reportedly started hurling vulgarities.

A video of the arrest has also been circulating online, garnering over 463,000 views to date.

Zeng can be heard shouting loudly while police officers tried lifting him from his wheelchair, which he tightly held on to.

At one point, his pet parrot perched onto an officer's shoulder and flapped its wings. 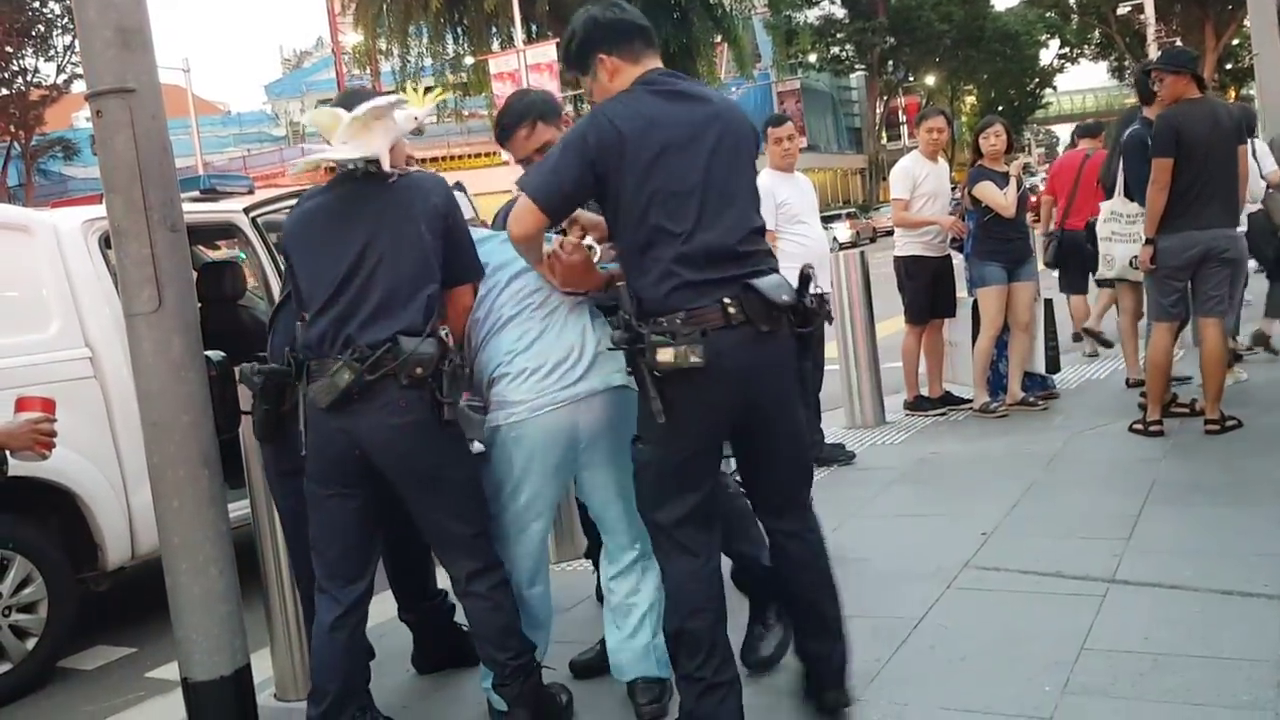 This is not Zeng's first brush with the law.

He earned his nickname in 2008 after blaming his pet parrot for getting him arrested and charged with using abusive language on two police officers. He was fined $2,500.

He has also made headlines for his unsuccessful attempts at contesting the 2011 general election and presidential election.

The following year, he told The New Paper that he was selling tissue paper for a living and could no longer look after his beloved parrots.

Last year, it was reported that the management of shopping mall Ngee Ann City had put up a notice on its premises warning the public not to donate any money to Mr Zeng.

According to The Straits Times, the management had also called the police over 30 times that year to report that Mr Zeng had been pretending to be crippled while selling tissue packets along the underground pedestrian walkway linking Ngee Ann City and Wisma Atria.

In a Stomp article on Sep 13, 2017, it was reported that the owner of a flat which had caught fire in Geylang Bahru was Zeng -- even though he previously claimed to be homeless.