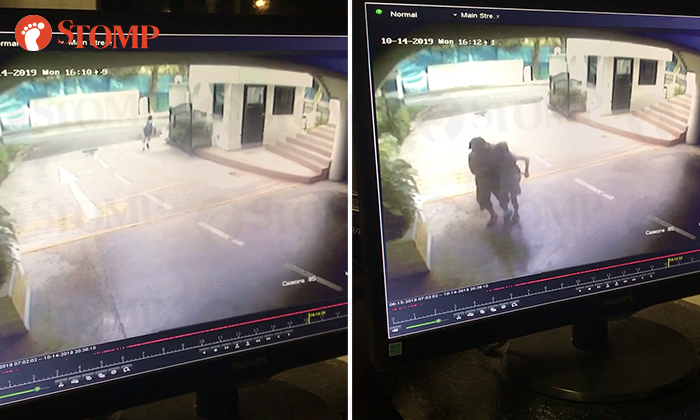 The parents of a 10-year-old boy are looking for a driver of a car after their son sustained minor injuries from an accident at Holland Hill Park condominium.

Police told Stomp that they were alerted to the accident at 4.42pm on Oct 14.

Stomper CG, who is the boy's father, contributed a video of the scene and said: "A driver helped my son to the condominium's carpark but left without leaving his name or contact number."

CG added: "Please help us find the driver involved as my son had to be taken to hospital due to injuries.

"We'd like to know if there were any witnesses in the area at the time of the accident.

"We obtained the closed-circuit television footage from our carpark security cameras. Unfortunately, we couldn't get any footage of the area outside the condominum."

From the video, the boy can be seen running out of the condominium.

About a minute into the video, a man can be seen escorting the boy back into the condominium.

Responding to a Stomp query, the police said: "At 4.42pm on Oct 14, the police were alerted to an accident involving a car and a pedestrian along 7A Holland Hill.

Stomp understands that no one has been arrested in relation to the case.