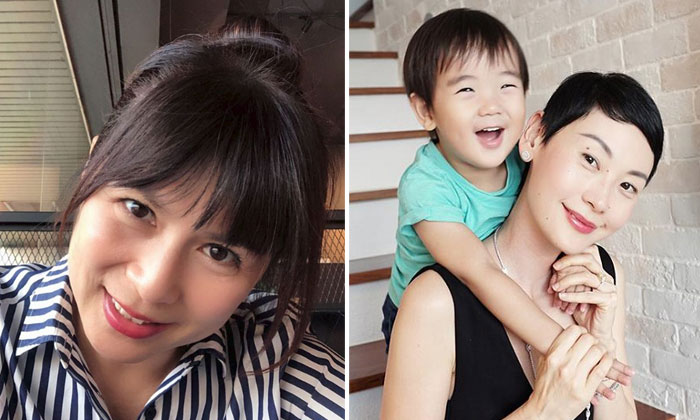 Breast cancer can affect anyone. In Singapore alone, more than 25 per cent of all cancers diagnosed in women are breast cancer.

In honour of Breast Cancer Awareness month, we are paying homage to nine celebrities who have fought the disease and the efforts they made to raise awareness about Breast Cancer.

Join us in applauding these inspiring women for overcoming the odds and speaking out for the cause.

The local veteran actress was diagnosed with stage 1 breast cancer in 2013 during an annual check-up. One of the six cysts found in her left breast was cancerous. She underwent a partial mastectomy, chemotherapy, radiotherapy and breast reconstruction and has been cancer-free for almost five years.

Ling Ling now practises eating a healthy diet that is high in vegetables and low in meat.

She is also paying forward the support she has been given by speaking about her cancer experience, be it dietary advice or tips on maintaining a positive outlook.

The 45-year-old former model-actress who is now in the jewellery line was given news that what she suspected to be a milk duct (she had just finished breastfeeding her youngest) at first was actually a stage 2A slow-growing cancer. She then received four months of chemotherapy.

After three years of battling cancer, the disease went into remission in 2016. To lower the chances of a relapse, May Lee had her ovaries and uterus removed last year after her doctor's recommendation.

Mandy experienced side effects like hair loss, water retention and discoloured nails due to her treatments.

Spreading the word about breast cancer, the actress gamely did a photoshoot with her shaved head. Eight years on, the 42-year-old is cancer-free and happily married.

The actress is known to most of us as the affable housewife Dolly on "Under One Roof" was diagnosed with Stage 1 breast cancer in 2005 at the age of 45.

She found a lump in her right breast during a self-examination, a practice she began in 2000 after being becoming a celebrity spokesman for promoting early breast screening.

After being diagnosed with breast cancer, a cancerous tumour was discovered in her left kidney. The actress went for surgery to nip the problem in the bud and was able to remove both tumours in an eight-hour-long operation.

Having successfully overcome her ordeal, Chieng Mun has been an advocate of breast cancer screening.

According to the National Cancer Centre Singapore, the risk of breast cancer increases with age with most women diagnosed being over the age of 40. That said, younger women may also be affected.

Former Japanese girl group SKE48 member Yakata Miki surprised fans when she announced in a blog post that she has undergone surgery to remove her left breast and lymph nodes due to breast cancer.

Since March of this year, Yakata has been undergoing treatment. In her blog, she added that "There was a part of (her) body that (she) had always worried about, and after consulting with people around (her), (she) decided to go to the hospital last December. After further examination, they found that (she) had breast cancer." Yakata has since been discharged from the hospital.

The "Big Sister" of Hong Kong entertainment was diagnosed with breast cancer in 2002. Because the cancer was detected early, the actress didn't have to go through chemotherapy.

Free from cancer, the 71-year-old now serves an executive committee member in the Hong Kong Anti-Cancer Society which helps to raise awareness and funds for cancer patients.

回顧2012年10月，金聲天後蔡琴曾在這裡舉辦演唱會。其舞台風韻至今歷歷在目。
Week 3 of Throwback-Concert-Series: 10.05.2012 We still have fond memories of the incredible shows Tsai Chin put on in our theatre. Even after so many years her performance is still vivid in our minds and hearts ❤️ On another note, Ms Chin, may I ask what you're looking at? 😜

回顧2012年10月，金聲天後蔡琴曾在這裡舉辦演唱會。其舞台風韻至今歷歷在目。 Week 3 of Throwback-Concert-Series: 10.05.2012 We still have fond memories of the incredible shows Tsai Chin put on in our theatre. Even after so many years her performance is still vivid in our minds and hearts ❤️ On another note, Ms Chin, may I ask what you're looking at? 😜 #蔡琴 #show #asianartist #goddessoflove #stagelighting #stageperformance #elegance #richmond #vancouver #theatre #riverrockae #tbt #tsaichin #taiwanese #singer #concert

The Taiwanese singer who is best known for her song "Forgotten Times" that featured prominently in the film "Internal Affairs" found a lump in her breast in 2000 - the same year she separated from her husband and director Edward Yang.

Tsai Chin was quick to have the lump removed. Lucky for her, the tumour was benign.

The legendary Hong Kong singer's diagnosis came in 1996 at the age of 48, she went with a surgery and radiotherapy to fight disease.

Thankfully, it was detected at an early stage and she didn't need a mastectomy or chemotherapy. She currently resides in Sydney where she takes on the role of a housewife and grandmother to her two grandchildren.

The 70-year-old was in town earlier this year for a concert. She performed the song "Days with George" and dedicated it to her grandson George who was diagnosed with a brain tumour as a newborn.

As a two-time cancer warrior, Francis is living proof that there can be miracles and we hope the same can happen for her grandson.