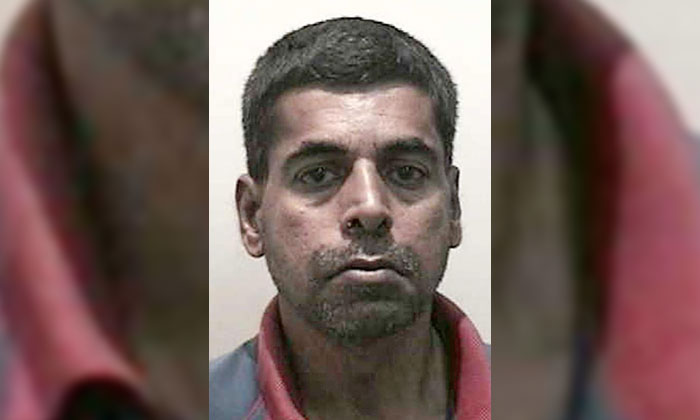 A man who had two previous convictions for sexual crimes against children younger than 16 years old was back at it just over a year after his release from prison.

Seyad Sulaiman Maideen Pillai, 52, molested two boys while on a public bus last year. The names and ages of the two boys cannot be revealed under a gag order by the court.

On Thursday (Nov 21), he pleaded guilty to two counts of outrage of modesty, with one other count of a similar nature to be taken into consideration for sentencing.

Addressing the court, Seyad asked to be placed in the Institute of Mental Health (IMH) instead of a prison cell with other male inmates.

"The reason is because in my cell, when I see my cellmates who are male, I see them as female," he told the judge.

The court heard that Seyad, who was a cleaner at Far East Plaza, was travelling along Orchard Road in May at around 7.30am when a boy boarded the same bus on his way to school. The exact date of the offence was not stated in court documents.

The boy recognised Seyad as they had interacted earlier that month while on the same bus route.

Seyad then beckoned to the boy to approach him by patting the seat next to him. When the boy sat next to Seyad, he took out $2 and gave it to the boy.

But Seyad then stroked the boy's thigh and placed his arm around the boy's shoulder for about four to five minutes. When Seyad alighted from the bus, he blew a kiss and directed it at the boy.

On June 11, a different boy boarded the same bus service with his 10-year-old sister. They were also on the way to school.

The boy sat near the back of the bus, while his sister sat towards the front.

Seyad, who was sitting in the last row, then called for the boy to go over to him. Thinking that the man needed help, the boy went over.

Seyad then asked him about the first boy, but the child said he did not know who Seyad was talking about. He then asked the boy if he loved him and the boy said no.

But he then began stroking the boy's thigh. The child pushed his hand and stood up to walk away, but before he could leave, Seyad touched him on his lower back and shoulders.

The boy then moved to sit with his sister until the end of their bus ride, and called his father to inform him of the incident.

The next day, his mother lodged a police report at River Valley Neighbourhood Police Post.

Court documents did not reveal details of where the boys boarded the bus and where they alighted.

On Thursday, DPP Lum urged the court to call for a suitability report for preventive detention.

Corrective training is a prison regime for repeat offenders without the usual one-third remission for good behaviour. The maximum period is 14 years.

Preventive detention, which can last seven to 20 years, is for recalcitrant offenders. They must serve the full sentence with no reduction for good behaviour.

Explaining his position, the DPP said Seyad has been given two chances to reform. In both instances, he received separate stints of corrective training.

Both were for sexual crimes against young persons.

DPP Lum noted that Seyad went on to reoffend just slightly over a year after his release in March last year.

He also referenced a psychiatric report from IMH. It stated that Seyad has mild intellectual disability, which may reduce his ability to control his impulses and learn from his past incarcerations.

The report also noted that Seyad was cognisant of the offences, but did not know why he committed them. "My mind is like that," he was quoted as saying in the report.

The judge agreed with the request for the suitability reports, and added that she will be asking the Singapore Prisons Service to address the court on treatment options available if Seyad serves a prison term, given his psychiatric condition.