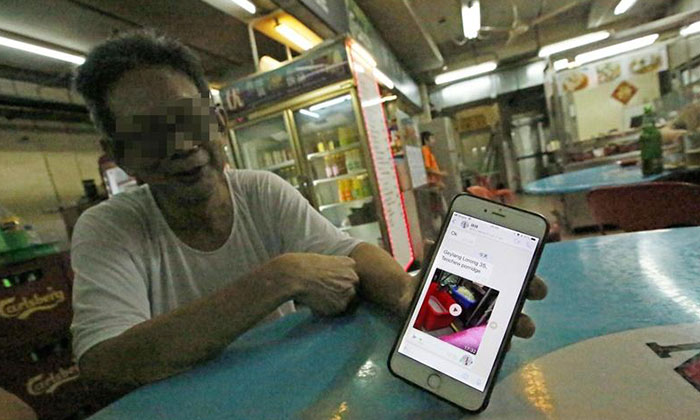 The owner of a Teochew porridge stall at Lorong 37 Geylang which was implicated after being linked with a video of a rat infestation said he is working with the police and hopes to find the source of the rumours.

This comes in response to the video that was circulating on social media, which shows at least 7 rats scavenging from a container of soaked ingredients, along with an accompanying message claiming that the incident was filmed at a Teochew porridge stall at Lorong 35 Geylang.

The video clip was initially linked to another restaurant in Kuala Lumpur Malaysia, but later debunked as fake news by Stomp.

Stomp's report also revealed that the video originated from China.

The closest Teochew porridge stall was located at Lorong 37 Geylang.

The owner of the stall, Mr Chen said that since the video of the rats went viral, more than 20 customers have asked him if his stall was infested with rats, and business has fallen by as much as 10 per cent.

“All the eateries in the vicinity have been affected as well.”

Mr Chen said that he is working with the police to prevent the spread of the defamatory fake news, and hopes to weed out the original source of the rumours tying his stall to the video.

“It’s common for others to become jealous of your success when you run your own business.

“I’m just worried that if the rumours continue, my business will be further affected.”