Over 2,000 cartons of duty-unpaid cigarettes hidden in modified roof compartment of prime mover 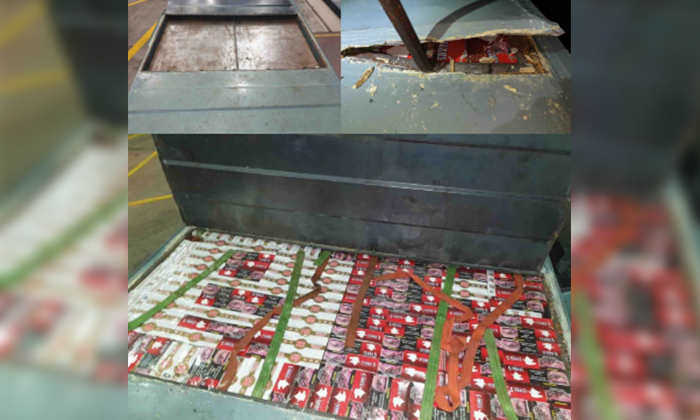 A Malaysian-registered prime mover was found with 2,278 cartons of duty-unpaid cigarettes concealed within a modified roof compartment of an empty container on Monday (Oct 14).

The prime mover was driven by a 29-year-old Malaysian man.

At about 9.50am on Saturday (Oct 12), a total of 925 cartons of duty-unpaid cigarettes were found concealed in a modified compartment underneath the floorboard of the Malaysia-registered bus.

The bus was driven by a 28-year-old male Malaysian and was ferrying several passengers into Singapore.

In both cases, ICA officers had noticed anomalies in scanned images of the vehicles and directed them for further checks.

Both drivers were immediately placed under arrest and the cases were handed over to the Singapore Customs for further investigations.

Both drivers have been charged in court.