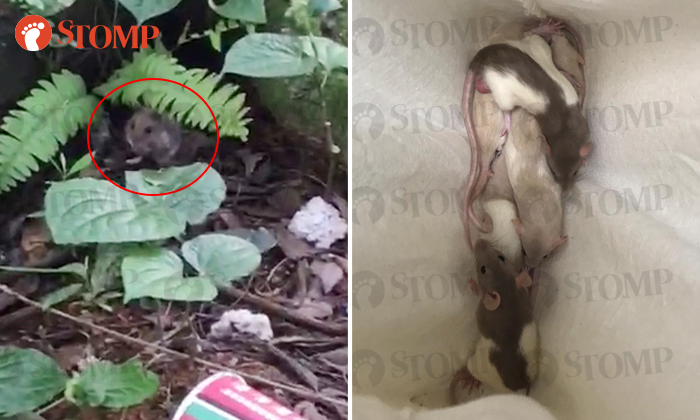 The Animal and Veterinary Service (AVS) said that investigations are ongoing.

At least 25 hamsters and fancy rats were discovered at Block 257A Compassvale Road in Sengkang on May 1 after being allegedly abandoned for at least five days.

Stomper Anonymous said a member of the public had first spotted a hamster "scampering away" from the void deck on April 27.

He alerted a family member and together, they rescued the animal.

However, more hamsters were sighted on Labour Day.

The Hamster Society Singapore (HSS) was informed and volunteers went to rescue the rodents.

Anonymous said: "A large number of hamsters were abandoned at the block, metres away from the lift lobby. They were under a tree and at the grass patch area with bushes and plants.

"Some of the animals were huddling at the corner and hiding from stray cats, while the rest were just moving around, looking seemingly lost and afraid.

"A flattened and decomposed hamster was also found dead near the tree."

Fancy rats were also discovered and handed over to volunteers from a rats group.

Anonymous told Stomp that a total of 11 hamsters and 14 fancy rats were rescued. 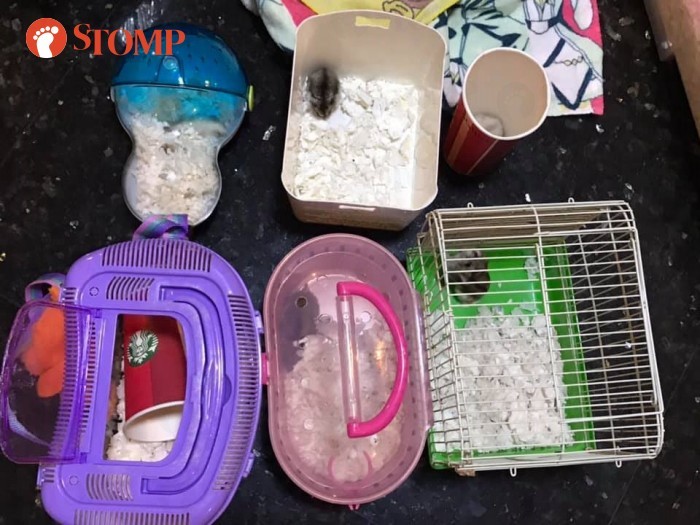 According to a Facebook post by HSS on May 2, the hamsters looked small, young and skinny. They are estimated to be two to three months old.

Some were found with bruises, bites, cuts and skin infections. One hamster also had a missing paw and a broken leg.

At least four of them have died, reported Lianhe Zaobao. 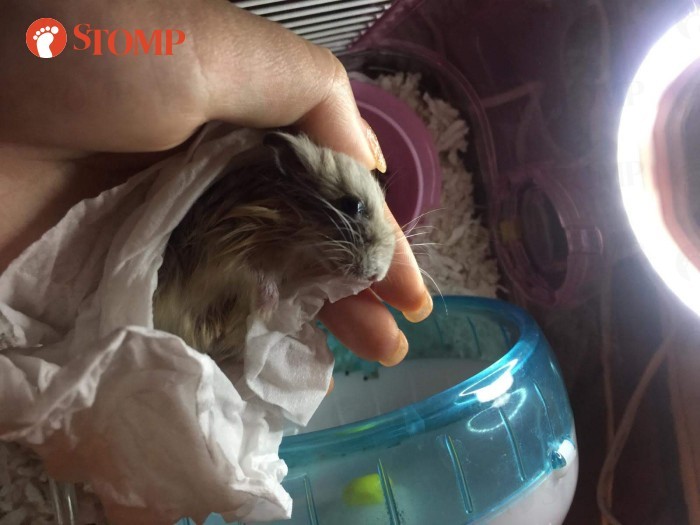 "These rodents have been reportedly free roaming since Saturday. That's five days without food, water and a LOT of stress," added the Facebook post.

"We do not know the extent or total number of rodents released. Some may have already fallen victim to community cats. The tree they were found in had a lot of red ants too."

HSS added in its post that it has informed the Animal & Veterinary Service (AVS) of the matter.

Appealing for stricter laws to combat pet abandonment, Stomper Anonymous said: "I plead for our authorities to tighten the rules for the breeding and sale of animals. Any life IS a life!"